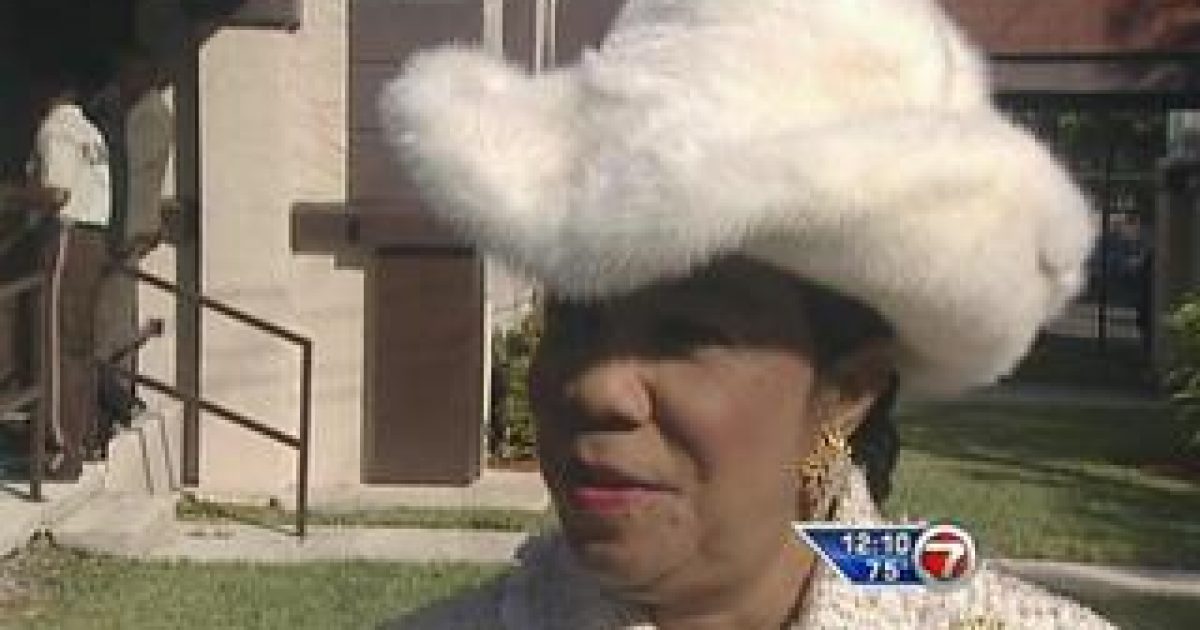 Democrat Congresswoman is "Fired Up', Obama "Cares About The Tea Party"

One of the most colorful members of U.S. Congress, Representative Frederica Wilson addressed the crowd of close to 900 Florida Democrats gathered at the Florida Democrat Party’s annual Jefferson-Jackson dinner in Hollywood.

Wilson, we assume was asked to “Fire up” the crowd during dinner, before the keynote speakers took the stage. Wilson repeated “I’m fired up and ready to vote” and asked the crowd to “vote as if their life depended on it.”

The South Florida Congresswoman then said that President Obama cared for every American, including the Tea Party. Is the Tea Party another political party?  Why didn’t she give a ‘shout-out’ to Occupy?

Wilson couldn’t resist taking a swipe at Republican Presidential nominee Mitt Romney by reminding the Democrat faithful that Romney was booed at the NAACP dinner the other night.

And didn’t he NAACP make Mr.Romney look foolish when he went before them and said that he would repeal Obamacare? Well they booed him, and we love the also for supporting same-sex marriage.- Rep. Frederica Wilson