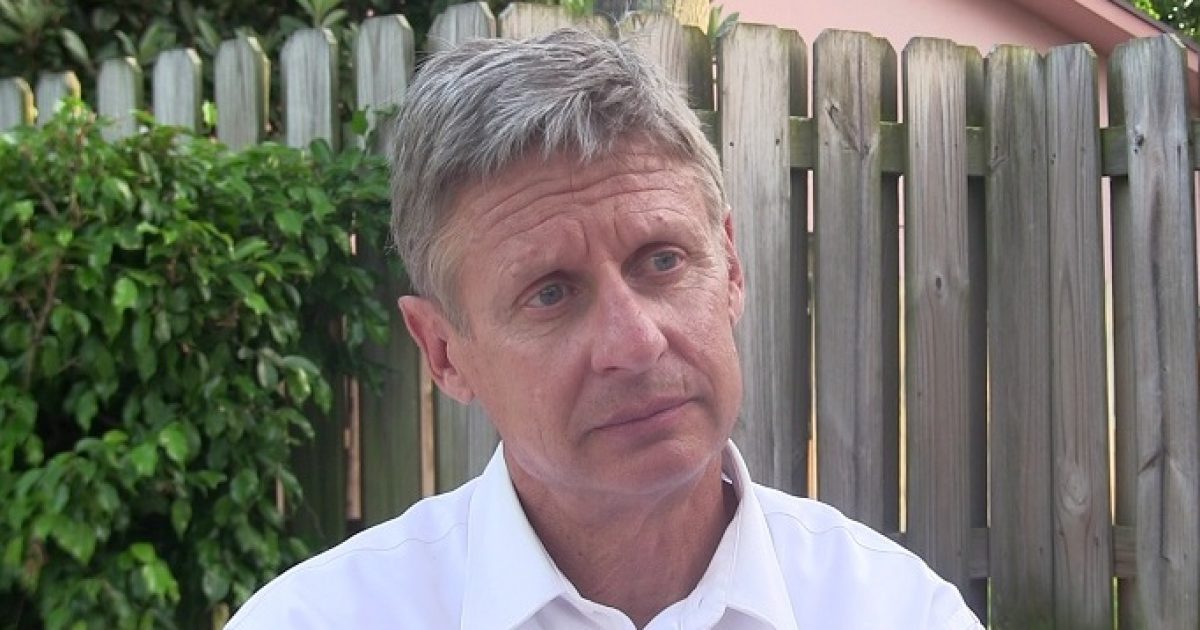 Libertarian Presidential candidate Gary Johnson was in Florida this week meeting with supporters in an attempt to build support for his third-party bid for the Presidency. The former Republican Governor of New Mexico became a Libertarian in order to run for President after he couldn’t garner enough support as a Republican presidential nominee.

We sat down with Johnson a few days ago and asked why he decided to continue his run for the White House. Johnson answered that he was running because he felt he could “crush Mitt Romney when it comes to civil liberties.”

When we asked him about illegal immigration, Johnson offered the following-

Let’s make it as easy as possible, for somebody who wants to come into this country and work, to get a work visa-not a green card, not citizenship, but a work visa. And a work visa should entail a background check and a Social Security card so that applicable taxes would get paid.- Governor Gary Johnson

Johnson, who believes that he will take votes away from both Romney and Obama, is banking on the Ron Paul supporters to come out in droves for his campaign, but let’s be realistic- he’s got longer than long odds at prevailing on election night.