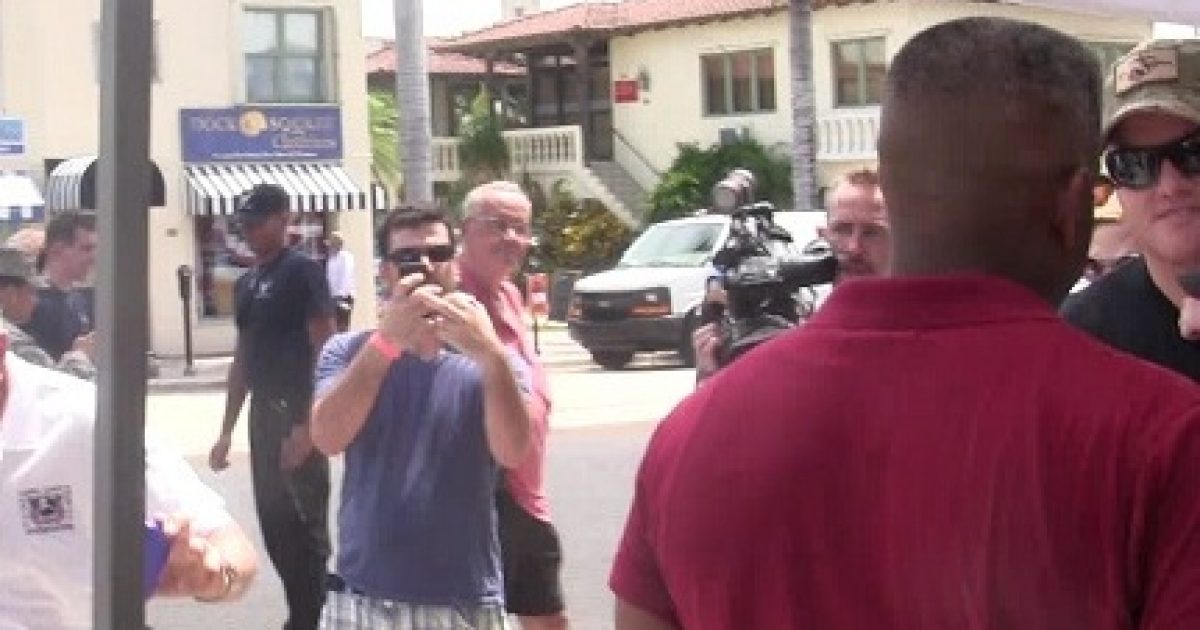 After finishing his recitation of the Declaration of Independence during the city of Delray Beach’s Independence Day festivities, Congressman Allen West was verbally accosted  in front of a small group of constituents and media. West was just about to speak with a local TV station when he was interrupted by the lone detractor that seemed to have had one too many Miller Lites.

The individual flipped West the bird, and told him that he was a  “bought Mother F*cker.” We stopped the guy and asked him why he had to use foul language in front of women and children.

He then proceeding to try to say that conservatism was the root cause of slavery and women’s suffrage.  Towards the end of the impromptu interview, we discovered that he is a ‘Bible Man’, citing the Bible and accusing yours truly of not reading the Bible, all while flipping me the bird. This video is priceless!