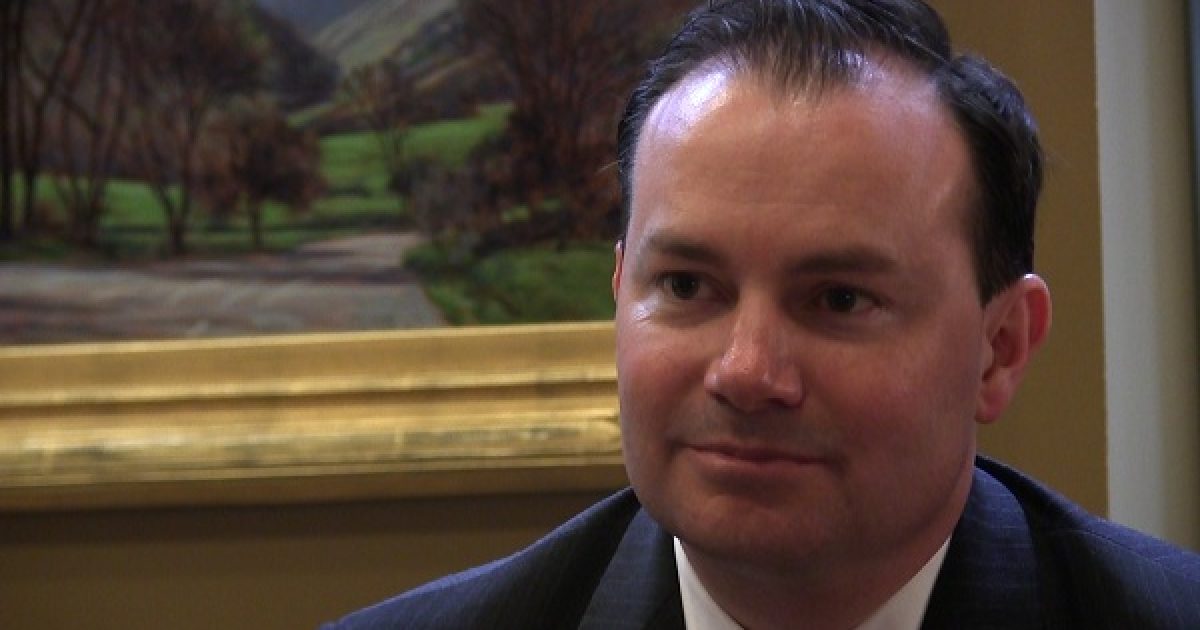 The Shark Tank sat down with one of the most popular freshman Senators in Washington,D.C., U.S. Senator Mike Lee (R-UT). Earlier that day, we met up with Senator Lee at a reception for U.S. Senate candidate Sarah Steelman, whom Senator Lee endorsed to go up against uber liberal Democrat Senator Claire McCaskill.

Senator Lee has recently introduced his Saving the American Dream Plan , a plan that according to Lee, would see the national debt trend downward from the yearly $1.3trillion, to $0 debt in a period of about 5 years.

“Shores up our social safety net, makes sure that it is there for those who need it, when they need it. It also reforms our healthcare system in a way that it puts Americans and their Doctors back in charge of their own healthcare decisions, rather than having those decided by a government bureaucrat in Washington, D.C. – U.S. Senator Mike Lee (R-UT)

Lee also says that the Plan would call for a “massive regulatory reform, puts congress back in position of being lawmakers, instead of having much of our lawmaking out-sourced to Executive Branch agencies.” Lee favors a flat tax, as he states that the plan calls for “one simple rate, a target rate of 25%-one rate, two credits, three deduction, it’s that simple.”