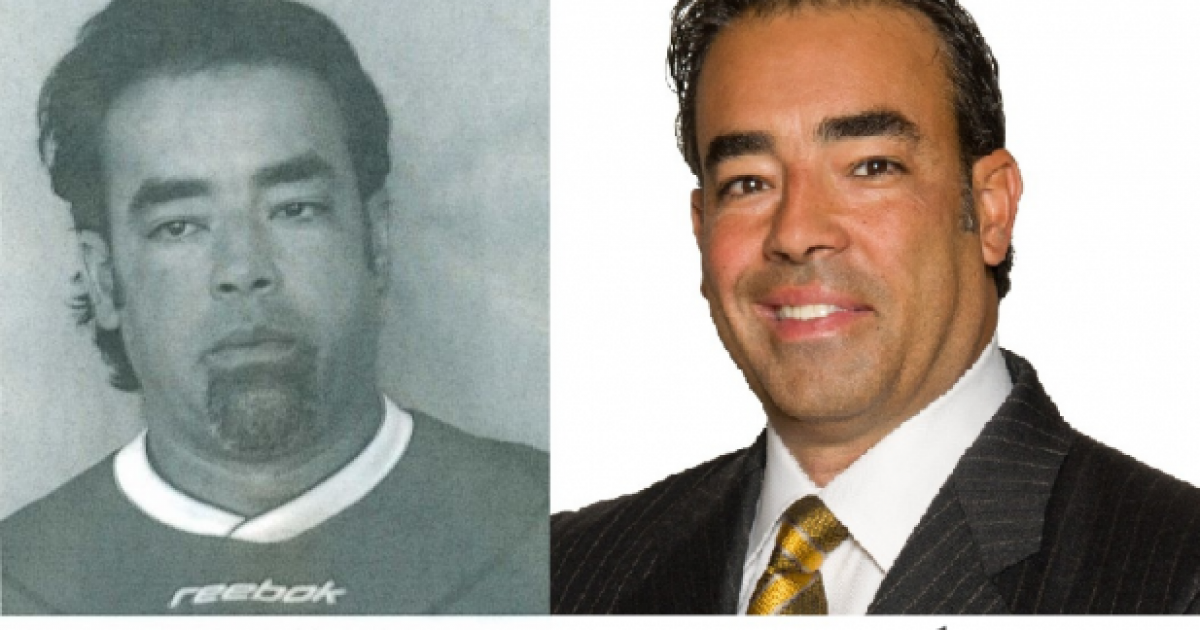 ***Update below-Embattled Republican congressional candidate Ozzie deFaria, who is best known for the “dog collar”incident is now the focus of a criminal investigation as a result of apparently receiving illegally  information that is only available to current law enforcement officials.

It’s been increasingly alarming to hear about the different Alinskyite tactics that have been used against conservative bloggers and journalists of late. Some of my fellow conservative bloggers have been the target of “Swatting” attacks that have made national news of late, the purpose of which are to terrorize their victims and intimidate them to stop their blogging efforts.

deFaria, who has employed an amateurish campaign staff that has undoubtedly poorly advised him on how to properly do damage control has put up a website about his main opponent in the Republican primary race, Karen Harrington that is nothing less than laughable and libelous. deFaria has been in damage control mode subsequent to the revelation of his 2005 domestic violence issue and his 2006 arrest for repeat violence and battery.

The website contains several misrepresentations of Harrington and even questions her claim to being a small business owner because she only owns part of her family business. This accusation is insulting to all small business owners who have entered into partnerships with their friends and families- no one but deFaria apparently believes that if you only own 1/6 or any fraction of a business then you aren’t really small business owner.

But here’s deFaria’s major no-no that has landed him in hot water- he illegally obtained my Florida driver’s license information and photo and then claimed that it was a ‘mugshot’ of me. Right underneath the picture, deFaria typed my name and the date of a domestic violence issue I had in 2008 in a pathetic attempt to make my license picture look like is was actually a mug shot taken after an arrest.

For the record, back in 2008, my ex-girlfriend and I both filed counter restraining orders on each other for a telephone and email dispute we had. She embellished her story, I embellished mine. The case was dropped two days later. When deFaria posted the ‘mugshot’ I thought to myself that the picture looked eerily familiar-

deFaria is implying that I was arrested for Domestic Violence on 7/10/2008, an outright lie. As a member of the Florida Capitol Police Press Corps, a background check is performed on me and all other members of the press corps every six months in order to renew our identification cards. When deFaria posted the picture, Florida Department of Law Enforcement (FDLE), who are now actively inquiring into the matter, ran another background check on me. I asked the Broward Sheriff’s Office (BSO) to do the same. The result of the background checks were what we expected- I was clean as a whistle.

Broward Sheriff’s detectives as well as FDLE and Fort Lauderdale police officers have confirmed that my 2010 Driver’s License picture was illegally accessed and used in deFaria’s attack website.

What does this say about Ozzie deFaria’s character? You be the judge. deFaria has been completely taken off message, and has focused on Karen Harrington, not Congresswoman Debbie Wasserman Schultz. Long before deFaria entered the race, my friends at FreedomWorks warned that they had heard that the Democrats were planting a candidate to take away from Harrington- we still don’t know if deFaria is the plant or not.

deFaria’s reckless actions are not representative of Republicans or the the GOP as a whole. deFaria’s own conduct and actions have made it very clear in this Republican primary race that he lacks the judgment and character for Congress. It would be interesting to hear what Senator John McCain, Senator Richard Burr, Herman Cain, and J.C. Watts, have to say about deFaria’s actions. All of these men have either endorsed or express support for deFaria’s congressional campaign

Here’s what we reported a few weeks back. Note that Arrest reports and sworn affidavits can be found here- deFaria Battery Arrest

On July 19, 2006, Osvaldo ‘Ozzie’ deFaria was arrested by the Broward Sheriff’s Office(BSO) on three misdemeanor counts of Violence Injunction Against Repeat, Sex, Dating Violence and Touch or Strike/Battery charges.

According to BSO arrest records, deFaria was arrested after slapping Charles Seibold in the face three times, violating the previously court ordered Injunction against him.

Here is what the arresting deputy’s report read-

On November 22, 2005, Osvaldo ‘Ozzie’ deFaria was accused of Domestic Violence by Charles R. Seibold, III, who at the time was the boyfriend of his wife Elaine-the deFaria’s were separated, and in the process of a divorce.

According to Seibold’s sworn and signed affidavit, during the incident that occurred on 11/20/05, Seibold stated that the Respondent(deFaria) “knocked cup out of my hand and then smashed in my face while I was trying to watch his daughter play soccer.” Seibold then stated that deFaria “chased” him “100 yards across field yelling obscenities,” before he was repeatedly “smacked” in the shoulder by defaria, before he “ripped” the sunglasses of Seibold’s face and broke them. (Affidavit)

In the same sworn affidavit, Seibold describes the event that occurred on 7/23/2005 between Ozzie deFaria and his wife at the time, Elaine deFaria.

“On the above date, the Respondent(deFaria) pushed his way into my girlfriend’s house looking for me. The Respondent grabbed my girlfriend by the arm and pushed her aside…Police arrived and took pictures of my girlfriends arm.”- Charles Seibold, III (11/20/2005)

On 6/17/2006, defendant Osvaldo deFaria arrived at 2478 Poinciana Ct to drop off his children a his ex-wife Elaine’s house. At the time defendant deFaria exited his vehicle during an argument that he initiated with Charles Seibold. Defendant deFaria walked into the garage and did actually and intentionally touch or strike Seibold against his will by slapping him in the face three times.

Defendant DeFaria did cause bodily harm to Seibold in the form of scratch marks located on Seibold’s back, this occurred when defendant deFaria was pulling on Seibold’s shirt. Defendant deFaria did intentionally and unlawfully, after having been served with an Injunction for Protection Against Repeat Violence, commit an act of Repeat Violence by committing the act of battery against Seibold. Defendant deFaria also was in violation of the protection order by exiting the vehicle which was in violation of the injunction.-Deputy Michael Gelske

**Update-It seems as if Mr.deFaria has folded under pressure.  His lackluster campaign has taken down my  phony’mugshot’ and replaced it was another more flattering picture of me that was taken when I was a guest on Univision’s Sunday morning political TV show, ‘Al Punto.’ This does not excuse dofus-aria for his shameless attack on me. Police investigators have the screen shots from his original posting, and the self-inflicted damage to his campaign has been done. Several members of Congress and their staffers have reached out to me and offered their LOL critique of Mr.dofus-aria’s pathetic campaign by referring to him as an “Idiot” a “Joke” , one even called him a “Dumbass.”

I think as they do, deFaria may have to consider his chances in this race. Even if he manages to win the Republican primary race on August 14, he will not be receiving the support from the powers that be in a general election-he is toxic. Way to go Ozzie!

This article can be shared below. Thanks!