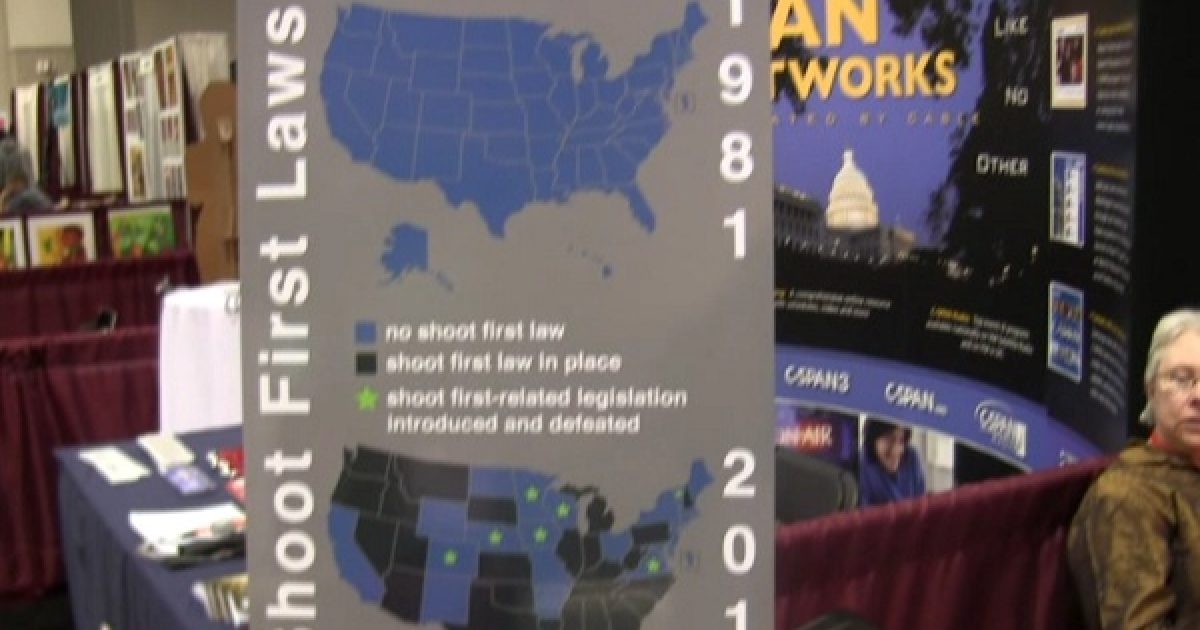 The Shark Tank is in attendance at annual Netroots Nation convention in Providence, Rhode Island and we’re doing our best to stomach the non-stop lefty rhetoric is seemingly oozing out of every pore of this city. The Netroots convention is the  liberal left’s answer to CPAC, and the vibe of the event is very much 1969 all over again.  During a stroll through the vendor booths that I took with Ben Howe of Redstate, we encountered Planned Parenthood’s booth, and we stopped in to discuss the reasoning behind the whole faux “war on women” agenda.

While Ben spoke to the nice girls at Planned Parenthood, I spoke to another nice lady at separate booth that advocated gun control.  What drew my attention to the booth was the .50 Caliber Sniper rifle that they used as a prop to sell the idea of gun control.  While the lady was nice enough of share her views with me without biting my head off, I couldn’t help but ask her about the beautiful yet disturbingly misleading picture.