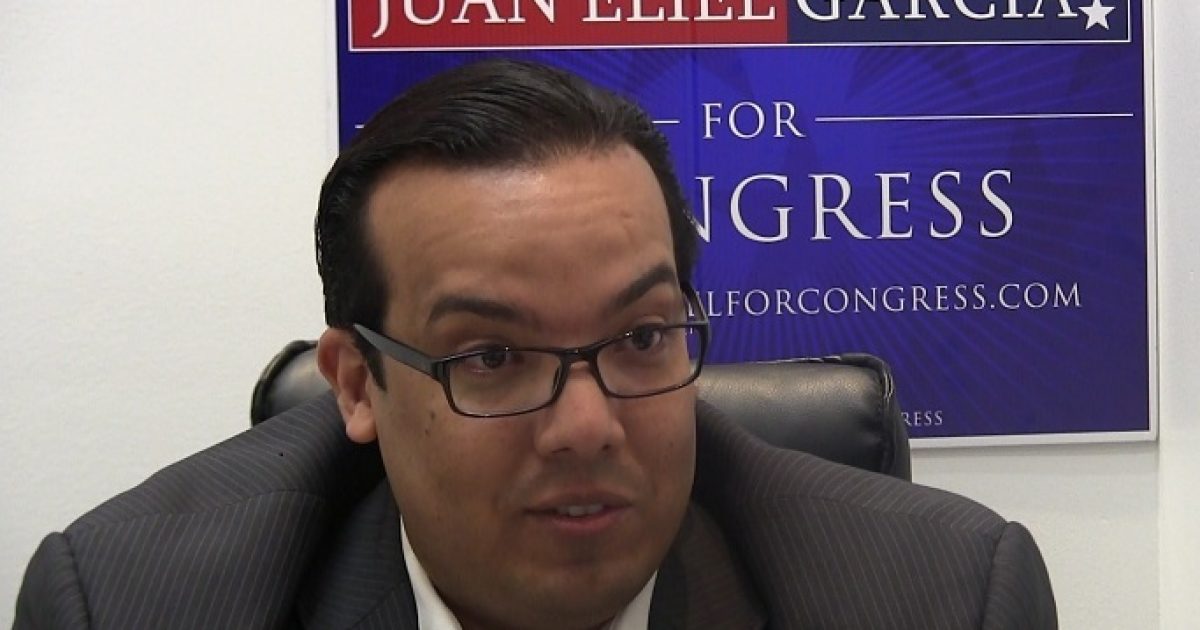 Garcia invited the Shark Tank to his West Broward County office to discuss the reasons for his candidacy and some of the pressing issues that will be at the forefront this election cycle.

Garcia is also an associate Pastor at a local church, and he believes that he will lock up that voting block and do very well with Hispanics as well.  In addition to his current gig as a radio DJ, Garcia told the Shark Tank that he too was once a small business owner, but he had to close down his trucking business after economic pressures gave him no other option.

On the issue of illegal immigration, Garcia  stated that “we are now co-dependent, we need them here, they do some jobs, they perform some duties.”  While Garcia advocates for a ‘sealing’ of the national border, he does propose “penalties” for illegal immigrants and is open to enter these immigrant into a “penalty system” so that they can receive citizenship- but only after they have been thoroughly vetted as being upstanding citizens.