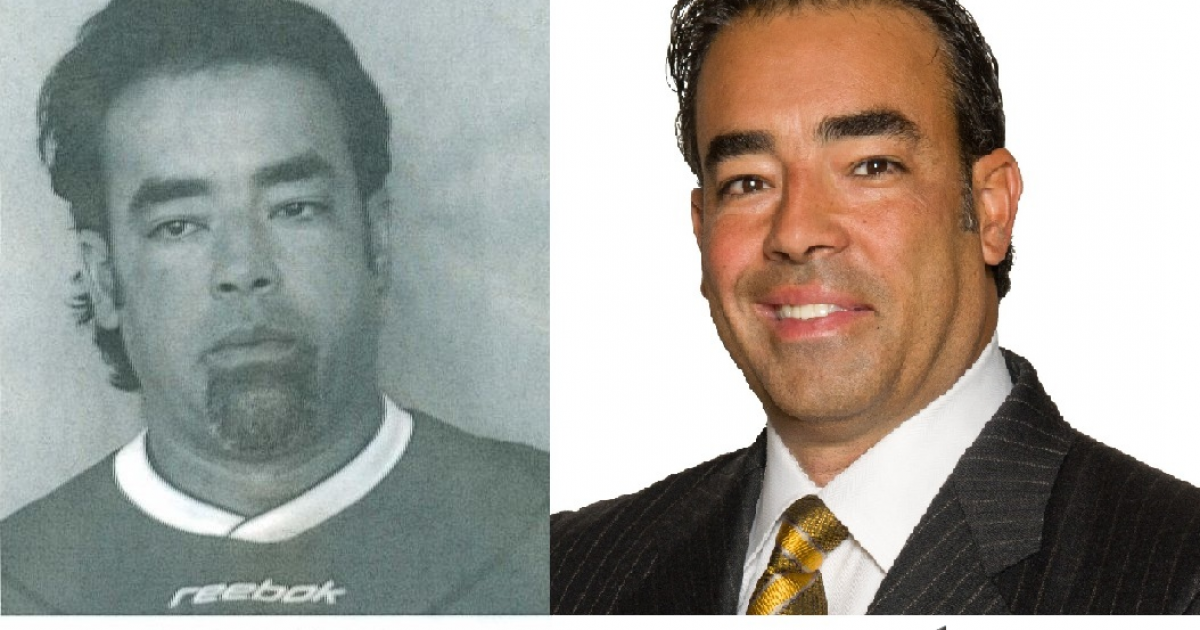 
Republican congressional candidate Osvaldo ‘Ozzie’ deFaria continues to raise  doubts as to the credibility of his candidacy as the details of his 2005 domestic violence case and his 2006 Repeat Violence and Battery arrest come to light.

deFaria, who has been trying to gain traction in the Republican  congressional primary has already received criticism from  several national media outlets as well as from members of Congress for his controversial depiction of Congresswoman Debbie Wasserman Schultz,which featured her with a photo-shopped a dog collar around her neck.  To add insult to injury, deFaria then stated that Wasserman Schultz “needed to be sent back to the pound.”  deFaria has taken pot shots at both Karen Harrington and Joe Kaufman the other candidates who have officially qualified for the Republican primary ballot. (deFaria-Send DWS Back to Pound Video)

deFaria has recently announced that he has received the endorsements of Senators John  McCain(R-AZ) and Richard Burr (R-NC), in addition to J.C. Watts, and being named by Herman Cain as a member of his ‘Army of Davids”.

On November 22, 2005, Osvaldo ‘Ozzie’ deFaria  was accused of Domestic Violence by Charles R. Seibold, III, who at the time was the boyfriend of his wife Elaine-the deFaria’s were separated, and in the process of a divorce.

According to Seibold’s sworn and signed affidavit, during the incident that occurred on 11/20/05, Seibold stated that the Respondent(deFaria) “knocked cup out of my hand and then smashed in my face while I was trying to watch his daughter play soccer.” Seibold then stated that deFaria “chased” him “100 yards across field yelling obscenities,” before he was repeatedly “smacked” in the shoulder by defaria, before he “ripped” the sunglasses of Seibold’s face and broke them. (Affidavit)

In the same sworn affidavit, Seibold describes the event that occurred on 7/23/2005 between Ozzie deFaria and his wife at the time, Elaine deFaria.

“On the above date, the Respondent(deFaria) pushed his way into my girlfriend’s house looking for me. The Respondent grabbed my girlfriend by the arm and pushed her aside…Police arrived and took pictures of my girlfriends arm.”- Charles Seibold, III (11/20/2005)

In addition to these two incidents, Mr. Seibold address a third incident that occurred in June 2005-

In a letter to Elaine deFaria by Asst. State Attorney Stacy Robbins, Robbins stated that due to the “domestic violence crime that occurred on July 23, 2005, and “based on the evidence obtained, I have decided to file charges”.

A temporary injunction (Restraining Order) for Protection Against Repeat Violence was filed against Ozzie deFaria, prohibiting  from going to or within 500ft of his wife Elaine’s home at 2673 Riviera Manor, Weston, Florida 33332. deFaria was also prohibited from coming with 100 ft of the Petitioner’s (Seibold) motor vehicle.(Read the report)

On July 19, 2006, Osvaldo ‘Ozzie’ deFaria was arrested by the Broward Sheriff’s Office(BSO) on three  misdemeanor counts of Violence Injunction Against Repeat, Sex, Dating Violence and Touch or Strike/Battery charges.

According to BSO arrest records, deFaria was arrested after slapping Charles Seibold in the face three times, violating the previously court ordered Injunction against him.

Here is what the arresting deputy’s report read-

On 6/17/2006, defendant Osvaldo deFaria arrived at 2478 Poinciana Ct to drop off his children a his ex-wife Elaine’s house. At the time defendant deFaria exited his vehicle during an argument that he initiated with Charles Seibold. Defendant deFaria walked into the garage and did actually and intentionally touch or strike Seibold against his will by slapping him in the face three times.

Defendant DeFaria did cause bodily harm to Seibold in the form of scratch marks located on Seibold’s back, this occurred when defendant deFaria was pulling on Seibold’s shirt. Defendant deFaria did intentionally and unlawfully, after having been served with an Injunction for Protection Against Repeat Violence, commit an act of Repeat Violence by committing the act of battery against Seibold. Defendant deFaria also was in violation of the protection order by exiting the vehicle which was in violation of the injunction.-Deputy Michael Gelske

A couple of months back, the Shark Tank approached deFaria about his past Domestic Violence issue, and he indicated that while these incidents were in his past, he now has established a very amicable relationship with his ex-wife. (Read the Arrest report)

deFaria’s run-ins with law enforcement and pattern of violent and questionable behavior stemming from the initial domestic violence claim to the 2006 repeat Violence and Battery arrest could very turn off voters and call into question whether or not he has the character and temperament that is expected of a member of Congress.  deFaria recently gave a somewhat less than inspirational reason as to why he is  running for Congress-

“If the economy was strong and Debbie Wasserman Schultz was not the head of the DNC, I wouldn’t be running.” -Ozzie deFaria (News Press)

June 8th marks the last day for candidates to either qualify for the ballot or to detract a candidacy from consideration.