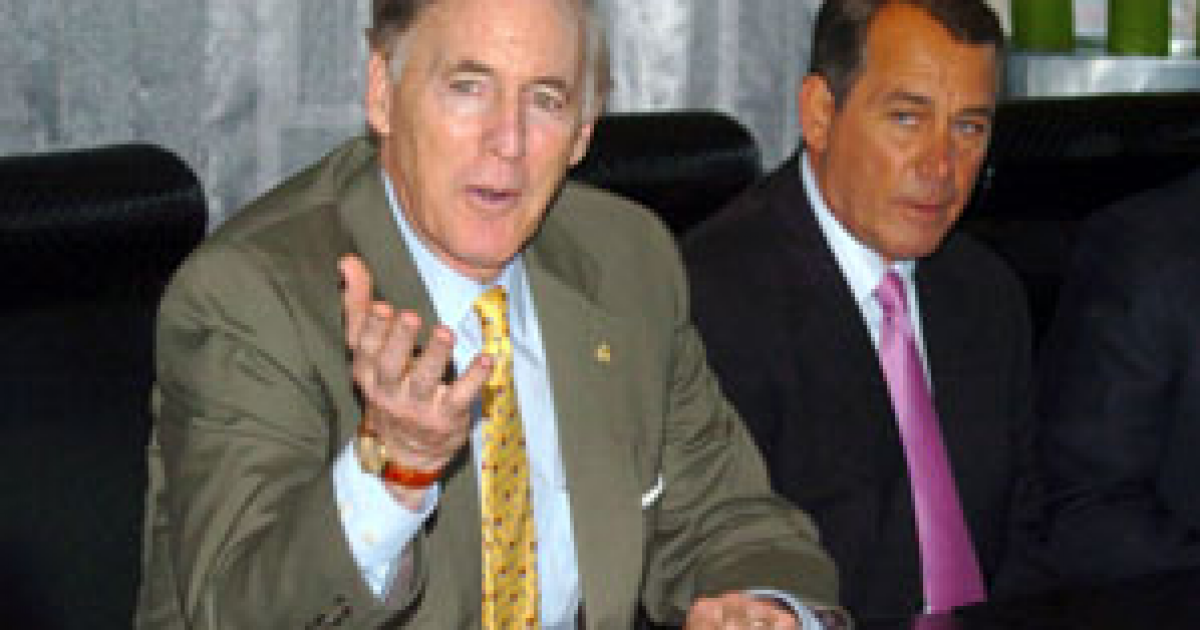 The race between Florida State Senator Steve Oerlich and incumbent U.S. Congressman Cliff Stearns is on the verge of blowing up as Oerlich continues to  pummel Stearns over his ‘eccentric’ spending practices.

Senator Oelrich has recently slammed Stearns by accusing him of “billing” taxpayers $800 for the use of a “luxury SUV” that he apparently rides in while in Washington,D.C.

Now Oelrich is saying that Stearns “is the #2 biggest spender in Congress from the Florida delegation, just behind Democrat Corrine Brown.   In 2011 alone, he spent 96.5% of the $1,464,180 of his Congressional office budget.”

The USA Today is reporting that Congressman Stearns outspent all other Republican Representatives in Congress. Stearns has even spent  more than New York Congressman Charlie Rangel (D), WOW! (Source-USA Today)

Expect more fireworks to come out of this race, stay tuned…