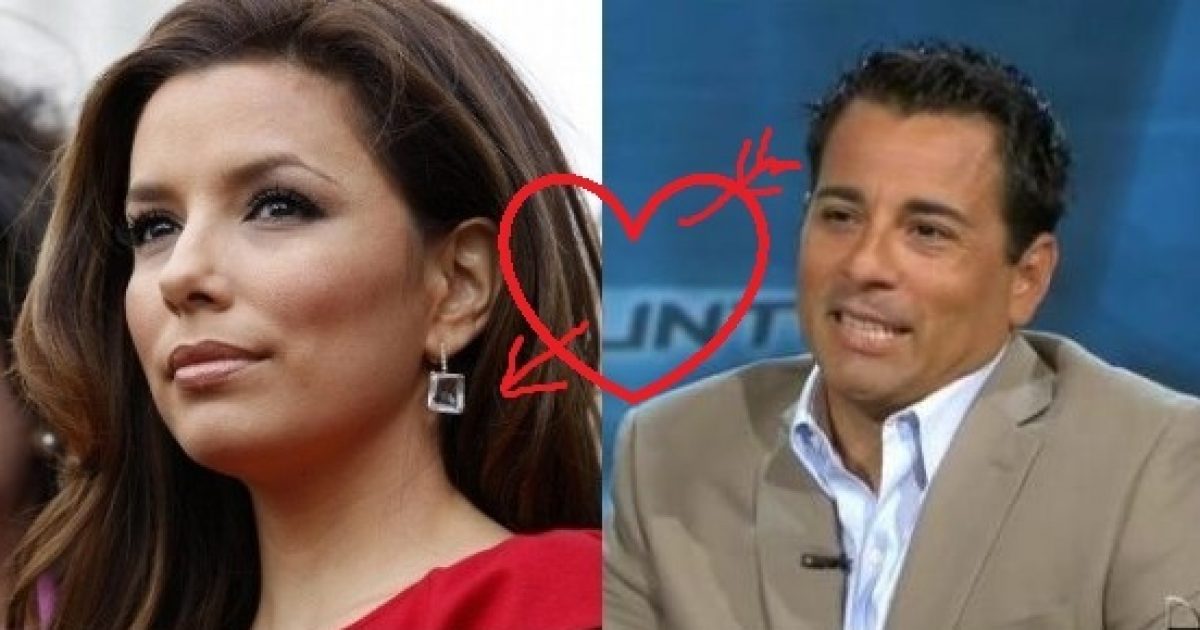 She resembles one of my “past future ex-wives”– so what. Actress Eva Longoria is “desperate” to mix it up on behalf of President Obama to attract the coveted Hispanic vote into his shrinking assemblage of support. Longoria is one of Obama’s national campaign co-chairs, and she’s ‘desperately’ trying to convince us that her narrow-minded political viewpoint is actually representative of the Hispanic community as a whole.

While it’s true that the actress/model does appeal to many Hispanics on the surface, the only Hispanics that should be giving any credence to her political views are those who have already drunk the Obama kool-aid and subscribe to the usual ‘La Raza’ talking points that the Republican Party is the ‘Big Bad Wolf’ just waiting to deport all Latinos because they are racists.

Look, I don’t blame her entirely- Longoria, like the rest of us is the product of her upbringing. Eva comes from Corpus Christi, Texas, and its Hispanic population is almost entirely made up of Mexican-Americans- or just plain Mexicans who haven’t legalized or naturalized. Eva is of Mexican descent- as a 2nd generation Hispanic, her and her parents were born here in the United States. While this may not be all that important, the point is that she probably doesn’t understand the full plight of the entire Latino immigrant community.

The Democrat Party has long wooed the Hispanic vote by running disingenuous advertisements by painting Republicans, as we mentioned before, as racists. According to the latest immigration statistics, under President Obama, more illegal aliens have been deported under his watch than under any other President, Republican or Democrat. Take those statistics for what they’re worth, but what’s up with that Eva?

For those of you unfamiliar of what Chicano studies are comprised of, Chicano studies is an academic discipline that focuses on “Mexican-American’ culture and history that originated in the 60’s and 70’s and was spurred on by the Black Liberation movement. In other words, it is another racially divisive belief system similar to Black Liberation Theology.

Longoria is not referring to herself as a “Chicana” from what we’ve gathered, but it is interesting to learn that she decided to seek her Masters Degree in Chicano Studies as opposed to a broader Latino Studies program that would encompass all Latino peoples- Venezuelans, Colombians, Mexicans, etc.

Longoria lists several political issues which to her are trending in a direction that troubles her, such as the possibility that the Supreme Court will uphold Arizona’s 2010 Immigration law SB 1070; the Department of Labor’s lack of support for the CARE Act which would ban child labor on corporate farms; and possible vice presidential contender Senator Marco Rubio from Florida has caught her critical eye-

“Marco Rubio has been coming up with some silly stuff that we really have to sort through,” she says. “So, I’m a political news junkie and all of that is discouraging. That’s why it’s doubly important to me to make sure that the person who best represents America and reflects my values is elected. That’s Obama.

Whether he’s fighting for affordable health care and access to education, or supporting small businesses in the Hispanic community. Over the last three years he’s worked to reform our immigration system to give everyone a fair shot at the American dream. And he’s fighting to make sure people who have brought here children have the opportunity to earn a path to citizenship and contribute to the country they know as home. That’s what this election is about and each one of us is responsible for the outcome in November. Estamos Unidos!” -Eva Longoria (Breitbart)

Eva, call me. Really.  There is so much you need to learn about the Latino culture and what really drives Latinos’ resolve to be Americans, earn their own success, and make the best of themselves without having to suck on the government teat.

If you liked this article, please share it below. Gracias!