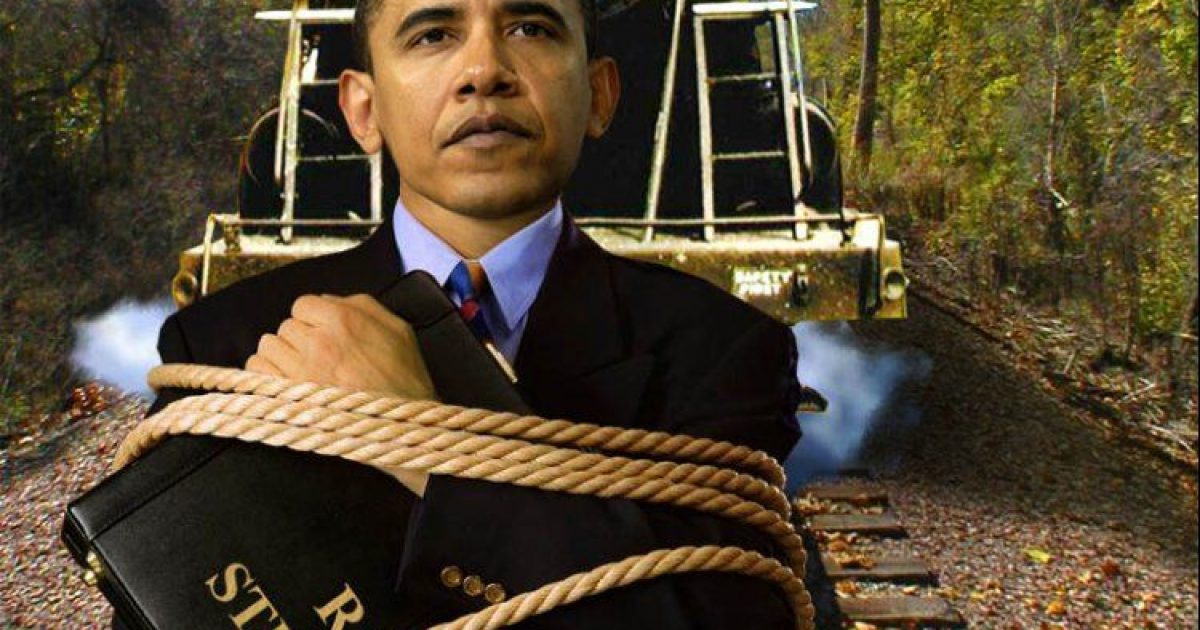 The Shark Tank continues its vetting process of the Republican senatorial candidate who are vying to replace Senator Bill Nelson with a look back at their record on an issue that rankled conservatives and tea partiers here in Florida- the Obama administration’s High Speed Rail (HSR) initiative, aka ObamaRail.

HSR’s funding was carved from the failed Obama “Stimulus” Act of 2009, and the proposal for Florida was to construct a route between Orlando and Tampa with assurances that the train would relieve traffic along the ‘I-4 corridor’ and save commuters time.  Governor Rick Scott rejected the funding of the ‘boondoggle’ as it failed to convince him as well as Senator Marco Rubio that HSR was anything but a long term fiscal loser for taxpayers.

Expansions of public transportation systems are the types of questions that politicos always cop out on– for them, they’re always “jobs projects” that are “win-win’s” for the economy– pay no attention to the fine print.  And truth be told, making the case that bullet trains zipping across Florida is a bad idea isn’t exactly the easiest argument to sell to the public, but this is what Governor-Elect Scott must accomplish.  As attractive as the idea of bullet-trains may sound, even the rosiest forecasts show that no appreciable relief from automobile congestion will result here in Florida, and the environmental benefits and energy savings are also minimal at best- check the fine print.

The Tea Party-esque central Florida blog, Florida Political Press, has ‘railed’ against Obamarail and the “advocates” of the project.

Rail advocates are completely disconnected from reality and are pressing an agenda that can bankrupt our state. They will claim these projects create jobs,but the truth is government spending diverts money from the private sector and results in a net loss of jobs.-Florida Political Press

So how did Florida’s U.S. Senate candidates vote on this measure or lend their support the concept?

(No) Congressman Connie Mack voted against President Obama’s Stimulus Bill (The American Recovery and Reinvestment Act of 2009) that passed the House on January 28.

“Has the president no shame in suggesting a new $53 billion, big-government project on the same day he contemplates a $42 billion bailout of states’ unemployment funds? – Congressman Connie Mack on Obamarail, quoted in Sunshine State News

(Yes) Former U.S. Senator George LeMieux, who was not yet in the Senate at the time was a strong supporter of High Speed Rail via  Obama’s Stimulus Act.

“Bottom Line, this is the right thing to do with Federal Stimulus dollars, a high speed rail corridor would benefit the entire state and provide relief to travelers who are tired of standing in long airport lines… Looks like we are going to get this money, it’s big news for Florida, this will be a transformative project for Central Florida.. I’m very excited about it, I’ve got my fingers crossed the President is going to award Florida the full $2.5 billion.”  Former U.S. Senator George LeMieux (Shark Tank Video below)

(No) Republican candidate Mike McCalister has stated unequivocally that he would not have supported the HSR measure or its Stimulus funding.

(No) Former Congressman Dave Weldon was not in the Congress at the time, but stated that he would have voted against the Act.

If you liked this article, please share it below