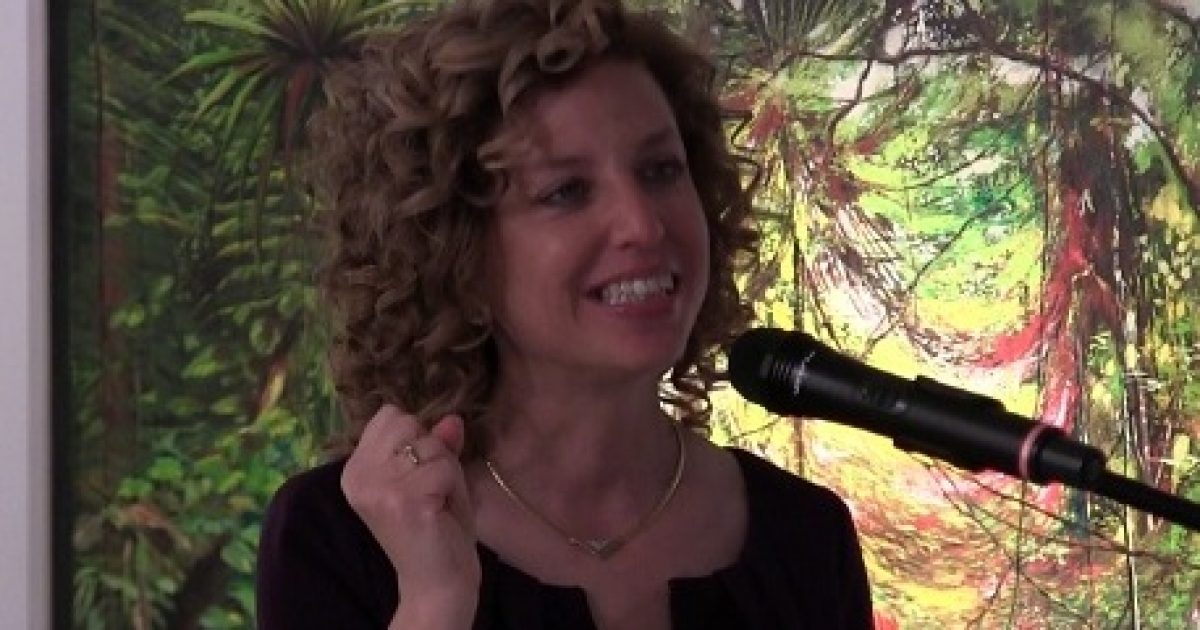 DNC Chair/Congresswoman Debbie Wasserman Schultz’s partisan political tactics have brought an end to the 70 year-old relationship between Temple Israel of North Miami and one of its past presidents and most respected members, the honorable Stanley Tate.

Wasserman Schultz and Tate were both scheduled to address the Temple Israel congregation regarding U.S.-Israeli relations, but apparently Wasserman Schultz couldn’t handle the fact that Tate would undoubtedly contradict her partisan talking points- so much for “diversity” when it comes to Debbie allowing equal time to opposing points of view. In what can only be described as an act of political spite, Wasserman Schultz strongly voiced her objection to Tate’s scheduled address directly to the Temple’s Board of Trustees, and based on her objections and political pressure, the Trustees decided to scrap Tate’s address to the congregation.

In a recent letter sent out by Mr. Tate to the Temple’s congregation, Tate stated that he would not be speaking at the forthcoming May 25th services-

I have been told by the Temple Israel Board of Trustees, that in no uncertain terms, I am not welcome, nor am I desired to speak on the bema (dais), nor does the Temple want me in any way to address the attendees on the evening of May 25th, after the Shabbat Services, even though the other invited speaker will be giving her politically motivated remarks on the topic of “Maintaining a Strong U.S. – Israel Relationship.” – Stanley Tate

Tate also stated that the Board of Trustees held a “special” meeting on May 14th where the majority of the board decided not to let him address the congregation.

During a phone interview with Mr. Tate, the former founder of the Republican Jewish Coalition (RJC) said that Wasserman Schultz told board members, “Stanley cannot be allowed to speak”, and that “no other speaker can speak in opposition before or after her.”

Tate said that “they are going to try to prevent me to speak,” and also indicated that the “Temple Israel is putting its tax-exempt status at jeopardy” by permitting Wasserman Schultz to address the congregation.

Wasserman Schultz and Stanley Tate’s bumpy relationship stems back to her days in the Florida Legislature when she brought in a crying baby onto the House floor, prompting Tate to tell her that she was out of line for doing so. According to Tate, Wasserman Schultz snapped at him and said, “Its none of your G**-damn business.”

“She (DWS) is an opportunist.” – Stanley Tate

Another reason Congresswoman Wasserman Schultz could be a little upset at Tate is because Mr.Tate has openly endorsed her chief adversary and likely Republican opponent Karen Harrington.

Rabbi Yehuda Kaploun, President of the Orthodox Alliance of Florida has also expressed his dissatisfaction with Wasserman Schultz and Temple Israel-

Synagogues should not be used for political purposes, and for Mr. Stanley Tate to be told that he cannot speak in front a congregation in which his family has helped found with 70 years of dedicated service goes against the bible’s teachings of thanking people for the good that they do. The Bema (dais) is traditionally not used for any political purpose, and it is unfortunate that Debbie Wasserman Schultz’s politics has ruined the 70 year family relationship between Tate and the Temple.- Rabbi Yehuda Kaploun

Stanley Tate and his family have since resigned their membership from Temple Israel.