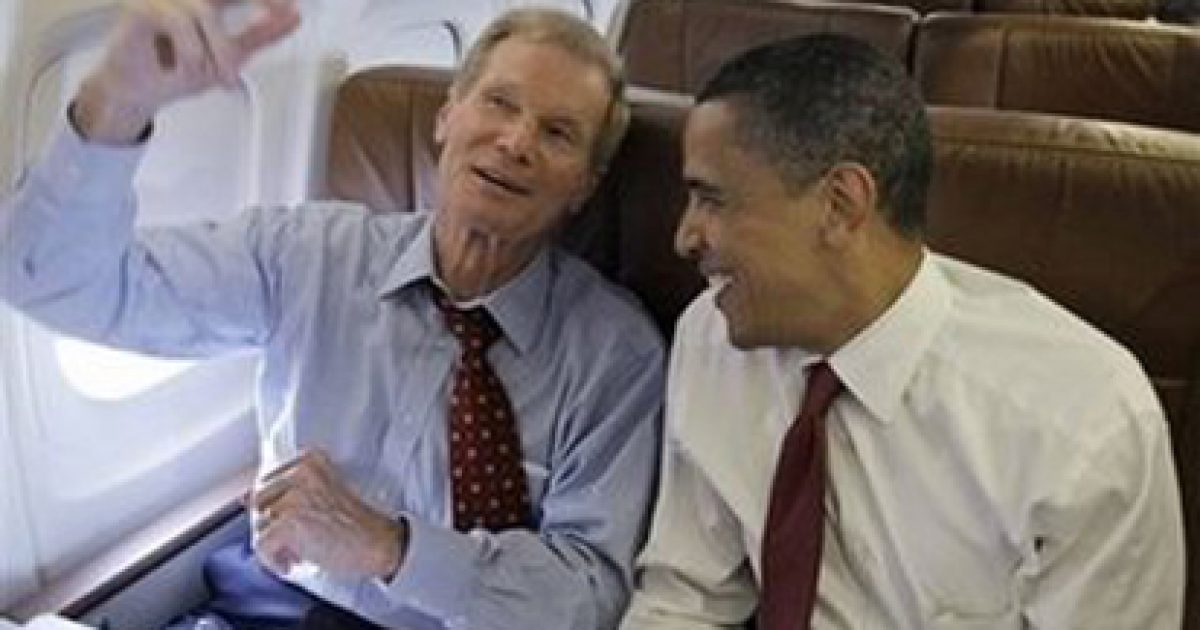 Democratic Senator Bill Nelson finds himself in a quandry- unable to defend the failed Obama agenda that he has fully supported for the past four years, his last line of defense is to blame Republicans for causing partisan gridlock in Congress.  After receiving an award from SAVE DADE for his role in helping to end the military’s “Don’t Ask, Don’t Tell” policy, Nelson stated the following-

Just turn on your TV and you will see the extremism, the polarization, the excessive partisanship, the ideological rigidity, the people who say, it’s gonna be my way or no way, all of the ‘right thinking people’, and that is what is happening in the body of politics today.  – Senator Bill Nelson

Senator Nelson makes a very good point in regards to extremism, polarization, partisanship, and ideological rigidity- all of those traits are the trademark of Nelson’s friend and boss, President Barack Obama.  It’s almost incomprehensible how politicos such as Nelson can lament the state of politics today, identify much of what ails our political class, and yet remain incapable of accurately identifying just who the perpetrators of such behavior are.

Jonah Goldberg’s new book The Tyranny of Cliches- How Liberals Cheat in the War of Ideas makes this point abundantly clear- liberals such as Nelson either are blind to the fact or refuse to admit that they’re pursuing their own ideological agenda, claiming instead that they’re just “doing what’s right” or “acting pragmatically”.  In fact, Nelson and President Obama are pursuing a highly ideological agenda that is rapidly expanding government control over the private sector of the economy in countless numbers of ways that before long will radically transform our society into a European-style socialist welfare state with greater numbers of people looking to the government and not themselves for their own financial sustenance.

If Senator Nelson were truly concerned about partisan gridlock or the fact that not much has been accomplished over the past year and a half, he can simply look down the hall at the current pile of bills that have passed the House of Representatives but have been intentionally blocked by Senate Majority Leader Senator Harry Reid, from whom Nelson takes his cues.

We’ll give credit to Senator Nelson for one thing- he voted ‘Nay’ on President Obama’s farcical 2012 budget.

Senator Bill Nelson is running for re-election and will likely face the winner of the current Republican senatorial primary race between Congressman Connie Mack and his former Senate colleague George LeMieux.