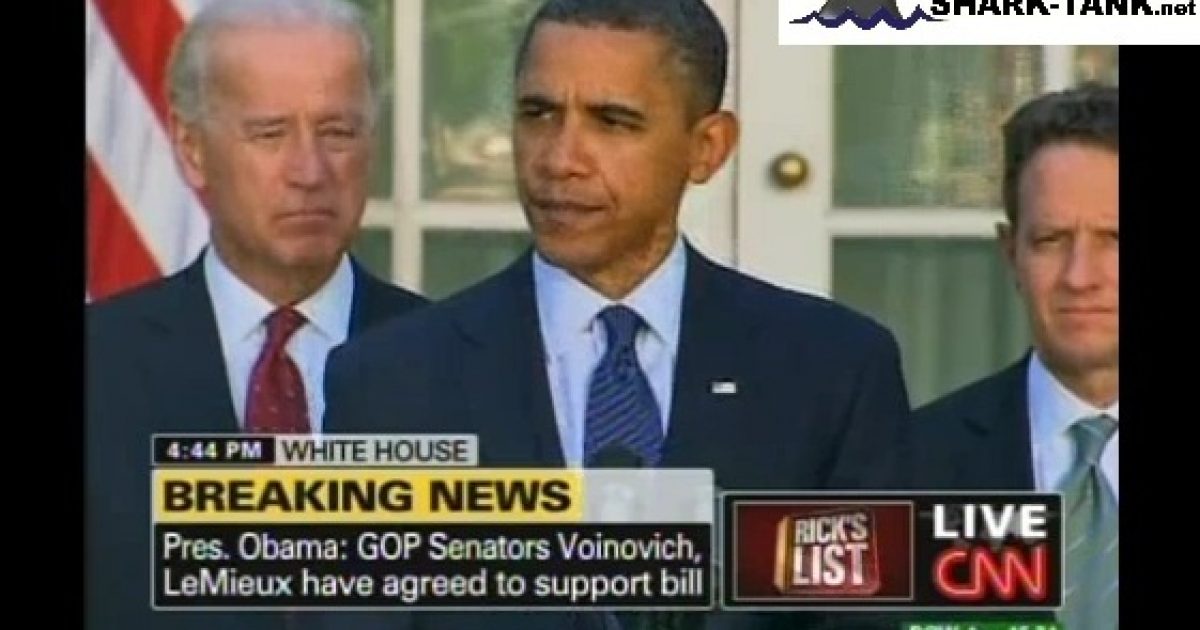 Obama Thanks George LeMieux for Breaking Ranks With Republicans

The U.S. Senate Republican primary race in Florida is in full swing, and potential Republican voters are wondering who will be the candidate that will best represent them in the U.S. Senate, working along side U.S. Senator Marco Rubio.

The top two candidates in the race, Congressman Connie Mack and former U.S. Senator George LeMieux are trying to prove to the Republican electorate who is the more conservative candidate of the two.  On the surface, both candidates seem to have a fairly conservative voting record during their respective stints in Congress, but it’s time that we start paying closer attention to these two candidates and scrutinize their votes.

On September 27, 2010, President Barack Obama signed into law the Small Business Jobs Plan of 2010. This jobs plan was widely rejected by Republicans in the Congress and was referred to as a “mini-TARP”.  Then Senatorial candidate and now U.S. Senator Marco Rubio joined other conservative candidates and Republicans in Congress denouncing this bill as just another ‘bailout’.

So how did Mack vote in the House of Representatives, and how did LeMieux vote on the Senate side?

(No)Congressman Connie Mack sided with Senator Jim DeMint, and  the rest of the Republican caucus in the Congress, and voted against President Obama’s jobs bill. (Source)

(Yes)Senator George LeMieux was one of two Republican Senators that broke the Republican  filibuster in the Senate, and voted in favor of President Obama’s Small Business Jobs bill. For his efforts, President Barack Obama openly thanked LeMieux at a Rose Garden press conference touting the passage of the bill in the Senate.

For months, the Republican leadership in the senate has said ‘NO’. For months they have used legislative maneuvers to prevent this bill from even coming up for a vote. Now thankfully, two Republican Senators, George Voinovich and George LeMeiux, have refused to support this blockade any longer. And because of their decision, this small business jobs bill will finally pass. I want to thank them for their efforts, because they understand that we simply don’t have time anymore to play games.- President Barack Obama( See video below)