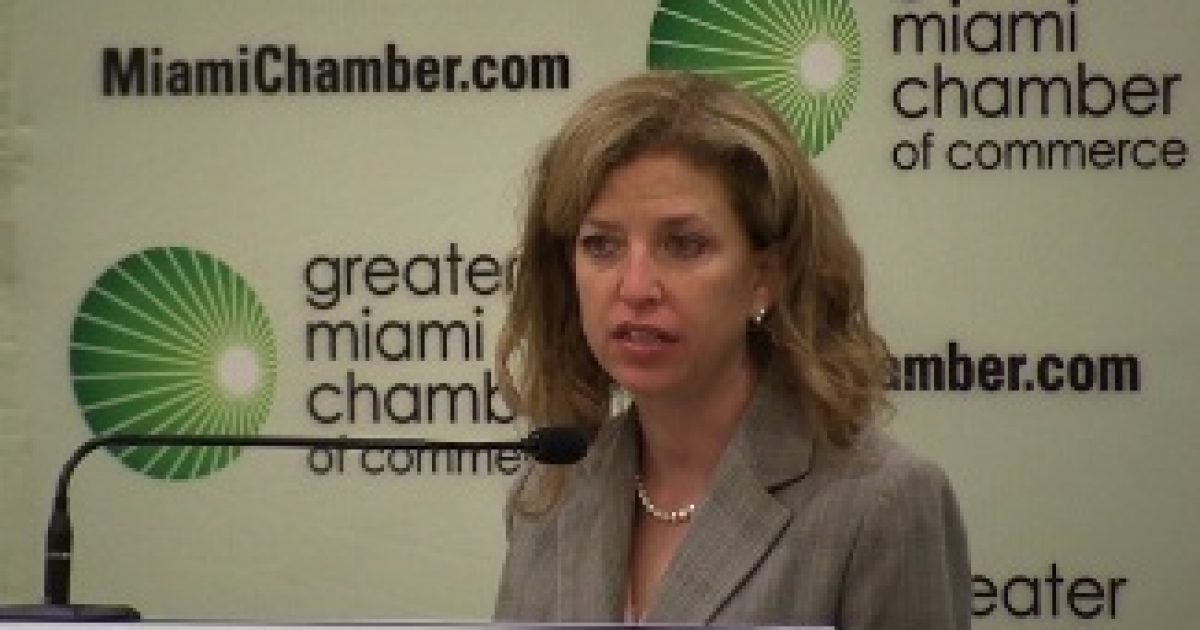 Obama tells Wasserman Schultz “Don’t Forget, You Work For Me”

Her position of DNC Chairwoman affords her the opportunity to be regularly seen on national television and broadcast her party’s talking points and message, however skewered it may be.  But how did Wasseman Schultz become the titular head of the Democratic Party?

Rumors have been swirling around that Wasserman Schultz was not in President Obama’s top tier of candidates to sit at the helm of the Democratic National Committee.

A source within the Democratic Party who is a close associate of Wasserman Schultz has told the Shark Tank the details about the process that took place when the vetting of prospective candidates for the DNC chair.

The source told the Shark Tank that, “she (Wasserman Schultz) was not the first choice,” and that Wasserman Schultz feverishly lobbied her case of being a sitting ‘Jewish’congresswoman in a very safe Democratic district.  According to the source, Obama was pressured into picking Wasserman Schultz because she impressed upon him that he needed her as a loyal foot soldier to run cover him and shore up his dwindling support with the Jewish voters as well as with women.

But while Obama has been able to rely on Wasserman Schultz to carry his water, the President has grown increasingly annoyed with the polarizing manner in which she attacks her political opposition-a style that has galvanized her Republican opponents and chased many of those coveted ‘Independents’ away.

Just recently, Wasserman Schultz defended her former aide and current DNC Jewish Outreach liason for her juvenile misstep of posting pictures of herself on Facebook that referred to her and her fellow Jewish girlfriends as “Jewbags.” President Obama was reported to be so upset with the aide’s publicized antics that he did not allow Wasserman Schultz to introduce him at any of the events during his most recent trip to Florida.

It seems as if the relationship has soured to the point that according to the source, “He does not want her in the DNC anymore.”

Apparently, President Obama had discussions with the DNC Chairwoman regarding her approach, even telling her, “Don’t forget you work for me.”

It’s not about you, its about me. – attributed to President Barack Obama to Debbie Wasserman Schultz, as per our source

The problem that the President has is this- he can’t fire her, at least at this juncture.  If President Obama were to remove Wasserman Schultz from her post he would be weakening his own position, as it would be very hard to find someone that is both in lock-step with his agenda and willing to run cover for him as she has done.

Second, this would be a clear indication to the public that there are real problems within the hierarchy of the Democratic Party.

We will frequently be in contact with our own “Ulsterman” source who will be providing us future updates on the problems and rivalries within the hierarchy of the Democratic Party in the coming weeks and months.