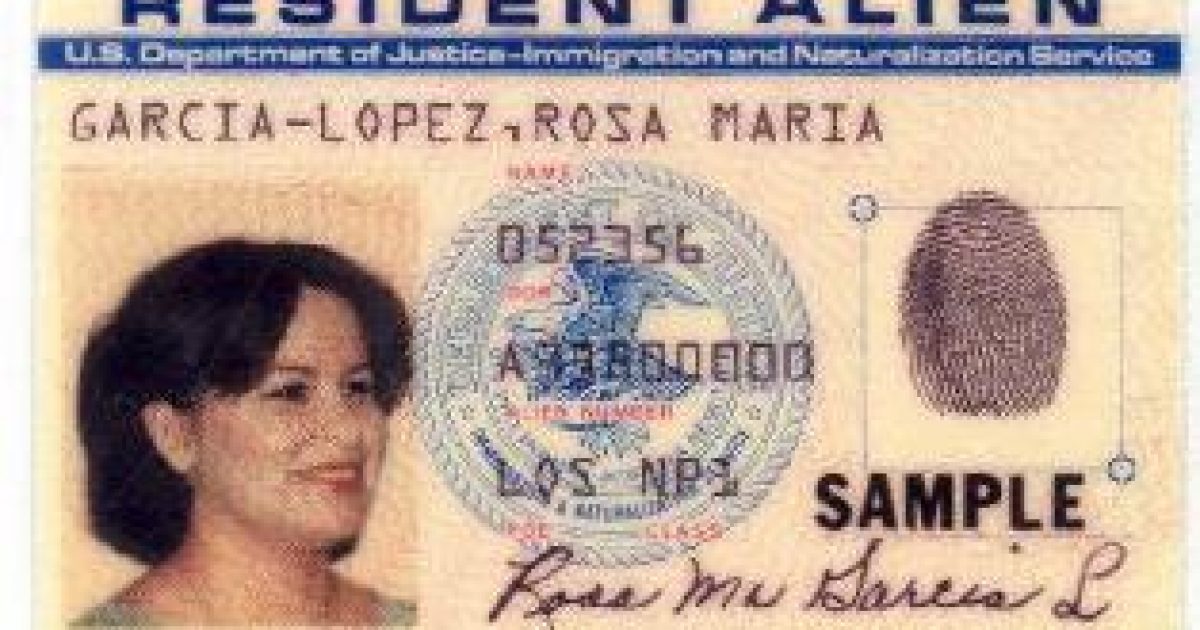 Is “Unlawful Foreign National” the Solution to “Illegal Immigration”?

A recent Fox News Latino poll found that 46% of registered Hispanic voters disagreed the with the use of the term ‘illegal immigrant’ to describe those who have, umm, entered into this country illegally.  While 35% of Latinos polled agree that the term Ilegal immigrant is on point, the 46% figure paints a very troublesome picture as to the ignorance that still grips the Latino community on illegal immigration.

Not long ago, we highlighted the fact that the U.S. Department of Justice’s Immigration and Naturalization Service issues ‘resident alien’ cards to foreign nationals that have met the required criteria needed to receive these highly coveted status cards.  So what is the problem with calling a spade a spade?  The problem, as usual, is political correctness.

Pro-Amnesty groups are always making lots of noise about this issue through their aggressive lobbying, and in some cases they threaten politicos who do not see eye to eye with them on illegal immigration.

A national Fox News Latino poll of likely Latino voters conducted under the direction of Latin Insights and released Monday shows almost half of respondents, or 46 percent, say the term “illegal immigrant” is offensive, while only a little over a third, or 35 percent, think the term is accurate. About 7 percent are neutral about the term.

This last quote from Mrs Nova is thoroughly disingenuous and merits some additional scrutiny, so allow me to break it down for Mrs. Novoa and her fellow ‘Conquistadors.’

Here is the definition of the word ‘illegal’, according to Dictionary.com:

1.  forbidden by law or statute.

2. contrary to or forbidden by official rules, regulations, etc.:

And here is the definition of the the term ‘immigrant’:

1.  a person who migrates to another country, usually for permanent residence.

2.  an organism found in a new habitat.

1.  a foreigner who has entered or resides in a country unlawfully or without the country’s authorization.

2.   a foreigner who enters the U.S. without an entry or immigrant visa, especially a person who crosses the border by avoiding inspection or who overstays the period of time allowed as a visitor, tourist, or businessperson.

So the term used to describe foreigners who come to this country illegally- illegal alien- is completely accurate, and it is not a slur. But this fact is not enough for the Conquistadors With No Borders….excuse me, our friends on the other side of the political aisle who will not rest until the United States of America is referred to as the Country Formerly Known as America.  This is the endgame for the amnesty lobby, and the politicians who continue to appease them by offering them an olive branch to keep them quiet for the remainder of the election cycle do not realize that they are giving away the American Dream- one enchilada at a time.

But maybe there’s room for compromise here.  If people such as Ms. Novoa will continue to insist that the term ‘illegal immigration’ is outside of the bounds of respectable discourse, I would like to submit the following as an alternative- instead of the perfectly accurate term “illegal immigrant,” can we now refer to these individuals as “Unlawful Foreign Nationals.”  How about it, Ms. Novoa?

According to the dictionary, the term unlawful is a synonym for the word illegal, and the word ‘Foreigner’ refers to “a person not native to naturalized in the country of jurisdiction under consideration.” Don’t believe it, look it up.

1. not lawful; contrary to law; illegal.
2. born out of wedlock; illegitimate.

1. a person not native to or naturalized in the country or jurisdiction under consideration; alien.

And lastly we have the term national:

1.  of, pertaining to, or maintained by a nation as an organized whole or independent political unit: national affairs.

2.  peculiar or common to the whole people of a country:national customs.

3. adjective-a citizen or subject of a particular nation who is entitled to its protection:

Will “Unlawful Foreign National” win the approval of Ms. Novoa and the 46% of Latinos who can’t stomach “Illegal Immigrants”?  That remains to be seen, but we’re happy here at the Shark Tank to float this “trial ballon” of sorts and see how the banditos of the liberal left react.