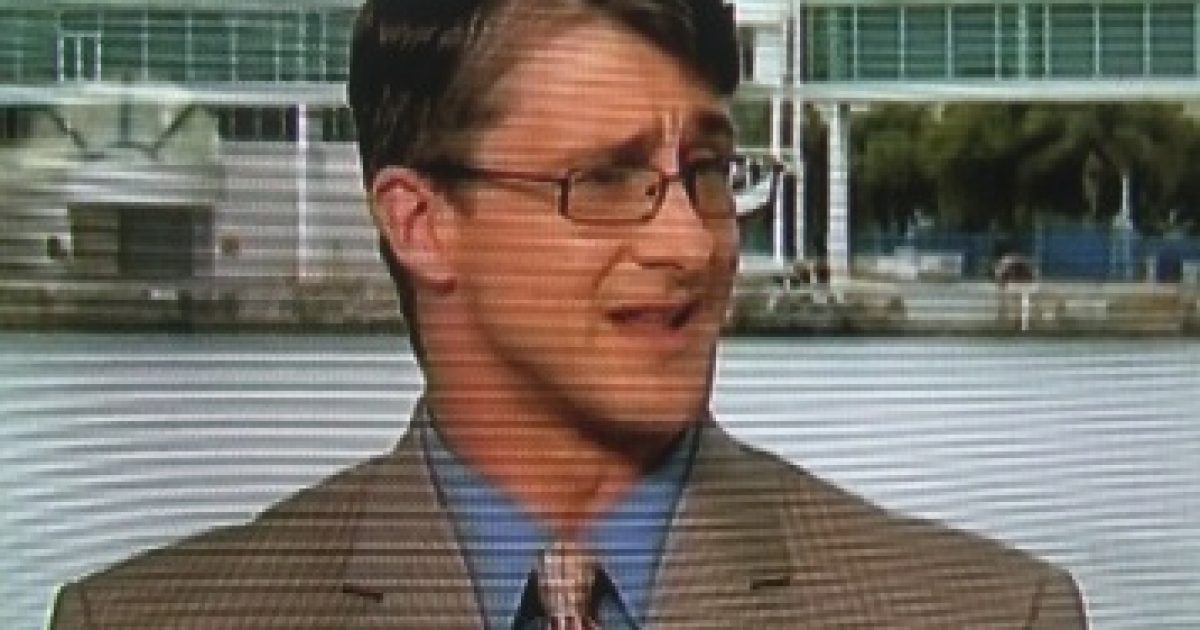 Miami Herald’s Marc Caputo Cleans Up For The Camera

The Miami Herald’s ‘wiley’ political reporter extraordinaire Marc Caputo was recently on ‘Face the Nation’ to discuss Florida’s GOP primary. The real news story here is not that Marc appeared on national television but rather that he actually showed up for the appearance looking like a Sharp Dressed Man. It’s a rare occasion when ‘Creepy Cam’ Caputo cleans himself up and dons a suit and tie. Caputo is infamous for dressing down for every type of event in a style reminiscent of Kurt Cobain’s, and his daily attire no doubt sets him apart from the rest of the press corps, as do his savvy and insightful dispatches, of course.

Hopefully we will be seeing more of the cleaner Caputo out on the beat, but if we don’t, maybe we’ll send him some Shark Tank attire that will make him look nifty as he hones in on his prey. 😉