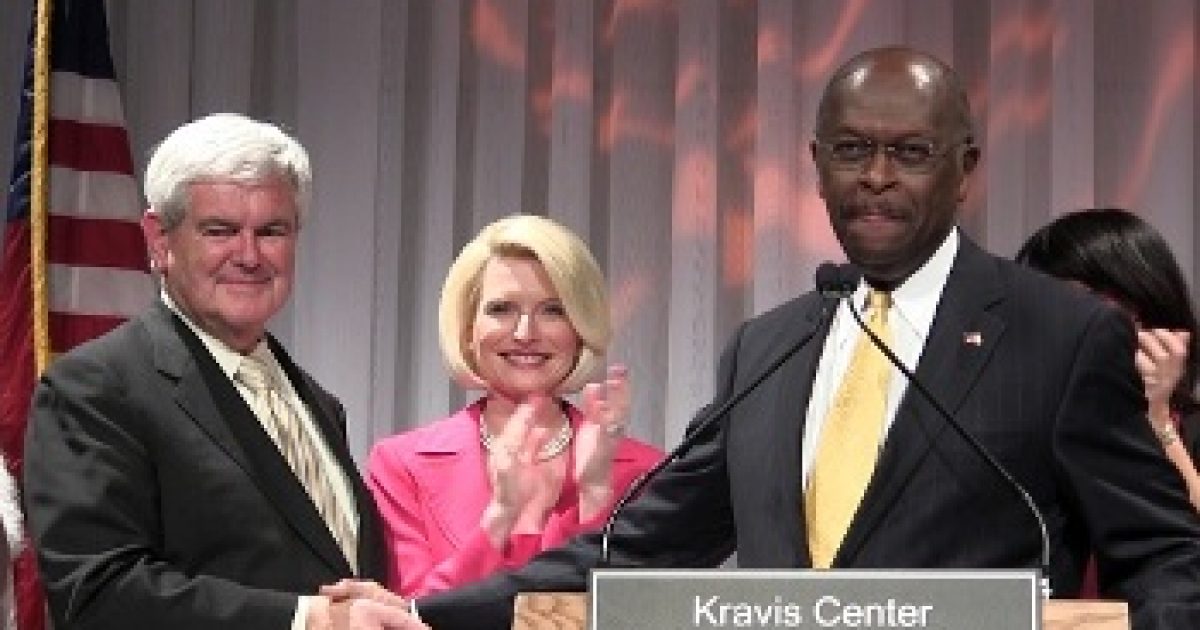 Herman Cain Endorses Gingrich, But at Odds Over Illegal Immigration

Herman Cain made a surprise visit to Florida for the  purpose of endorsing Republican Presidential candidate Newt Gingrich, who was the keynote speaker at the Palm Beach GOP’s annual Lincoln Day Dinner, held in West Palm Beach. Cain’s enthusiastic endorsement of Gingrich drew a standing ovation from the crowd that included Palm Beach political stalwarts, Stanley and Gay Gaines, Bill Diamond, as well as NewsMax’s very own birthday boy, Chris Ruddy. Newt Gingrich told the crowd that Ruddy was celebrating his birthday, and led the them in singing  ‘Happy Birthday’ to him.

After the event was over, Hermain Cain sat down with the Shark Tank and Newsmax to discuss his reasons why he endorsed Newt Gingrich over Mitt Romney and Rick Santorum. Herman Cain has long been considered to be very strict on the illegal immigration issue and has held an even stronger pro-legal immigration position in contrast to Gingrich’s migration to the center on the issue.

Cain hedged on supporting Gingrich’s controversial ‘citizen panel’ approach to immigration reform.  Gingrich’s Spokesman R.C. Hammond stated that the Speaker’s citizen panel approach is based on the WWII draft panels, but did not clarify with much detail exactly how his measure would work.  Hammond doesn’t think that the panel approach to immigration reform will pit citizens against one another.

I don’t feel strongly about it (citizen panels), but I’m not turned off by that- Herman Cain