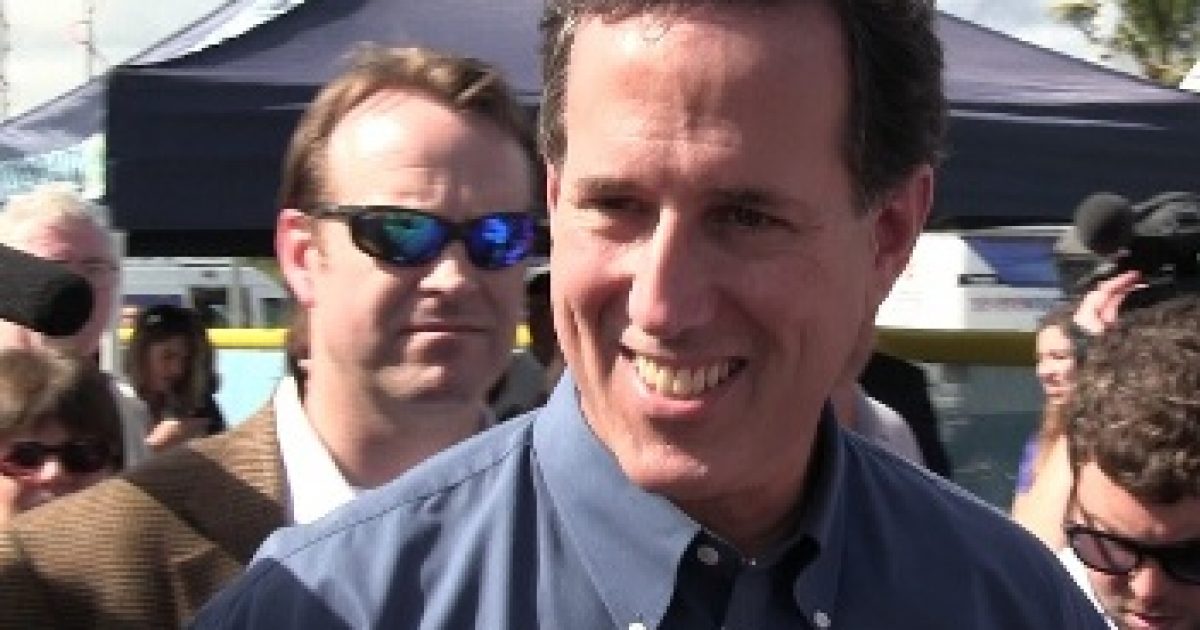 Stuart, FL– Republican Presidential candidate Rick Santorum addressed a crowd of 500 including a group of his ever-present ‘fans,’ the Ron Paulinistas.  Santorum captivated the crowd by hammering home his case for being most conservative candidate in the Republican field.  Max, an immigrant from Rome, Italy, living in Stuart said that he was wholeheartedly supporting Santorum because he felt that Santorum shared the same values as he did.  Darlene Fuggata of Hobe Sound echoed what Max said and went even further to state that Santorum was her clear choice  in the race because he was by far the “most substative” and conservative of the four remaining Republican candidates.

To add a little flavor to the event, Ron Paul’s supporters showed exactly why they are perceived as the ignorant, selfish, and disrespectful fanatics that they are.  Ron Paulinistas disrespect candidates that differ in the slightest way from their ‘messianic’ and ‘pure’ idol, Congressman Ron Paul.  Santorum, like many other candidates, will never be able have an intelligent and substative dialogue with these Paul fanatics.

Santorum said it best when asked about his Ron Paul fans, ‘”Since he is not campaign here (Florida), I guess they have nothing better to do.” Ron Paul is not campaigning in Florida, even as Florida is seen as the state that could very well decide who the Republican nominee will be.  Apparently, Paul does not think much about the Florida’s voting electorate, as he continues to poll last in Florida. Ron Paul finished last in the recent South Carolina primary election. Watch the video.