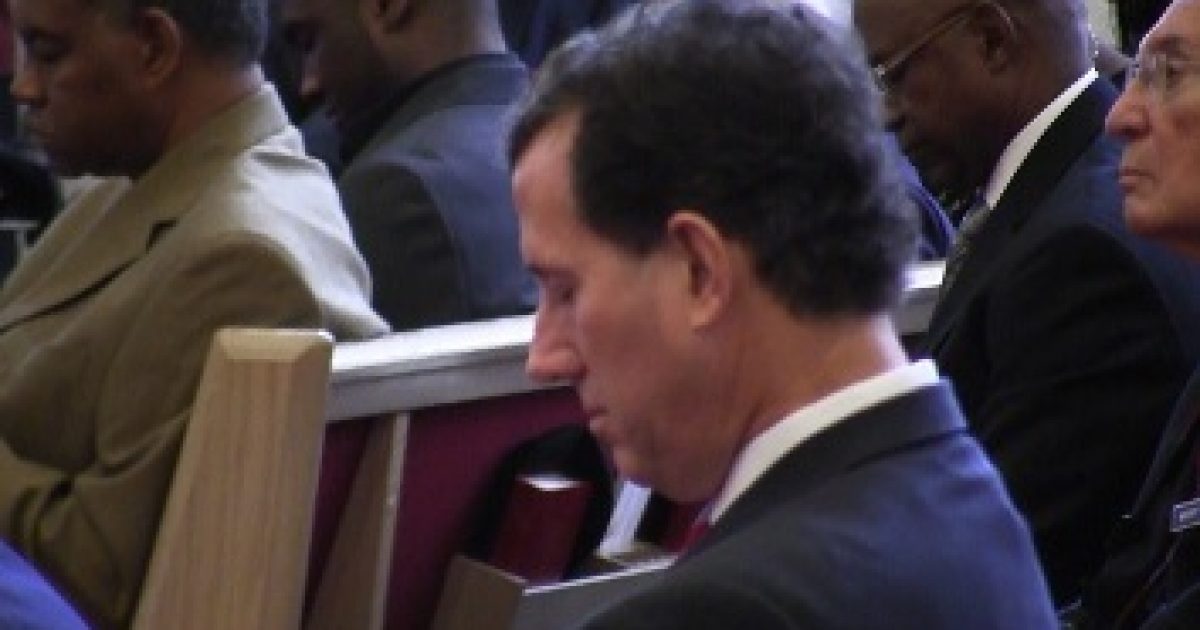 Rick Santorum Speaks to Black Church About the Right to Life

GOP Presidential candidate Rick Santorum spent this past Sunday attending a church service at the Worldwide Christian Center in Pompano Beach, FL before heading to a popular chicken wings restaurant to speak to a large group (250+) of his supporters, including a couple of wiley Ron Paul supporters.

With Newt Gingrich’s South Carolina win, he joins Mitt Romney and Rick Santorum with a primary win apiece.   The conservative vote has been fractured thus far in the primary, but many wonder if this coveted voting bloc is beginning to side with Gingrich primarily because of his tough rhetorical smackdowns of President Obama and the media.  To be fair, it probably also has something to do with Santorum being viewed as a weaker candidate that lacks the money, name recognition, and institutional support needed to make a strong push forward.

Is the Republican electorate voting on emotion instead of principle? Will this same electorate help re-elect President Obama by choosing a more ‘toxic’ and undisciplined nominee ?

Santorum spoke about the  importance of  traditional marriages, as  well as his experience in dealing with the ‘late-term’ abortion issue while he was in the U.S. Senate.

It’s pretty safe to say that Rick Santorum is the most socially conservative, pro-family, pro-life candidate remaining in the field. But can he use his ‘true’ conservative bona fides to win the Republican nomination?

Here is a video clip of Santorum’s address to the congregation at the Worldwide Christian Church: