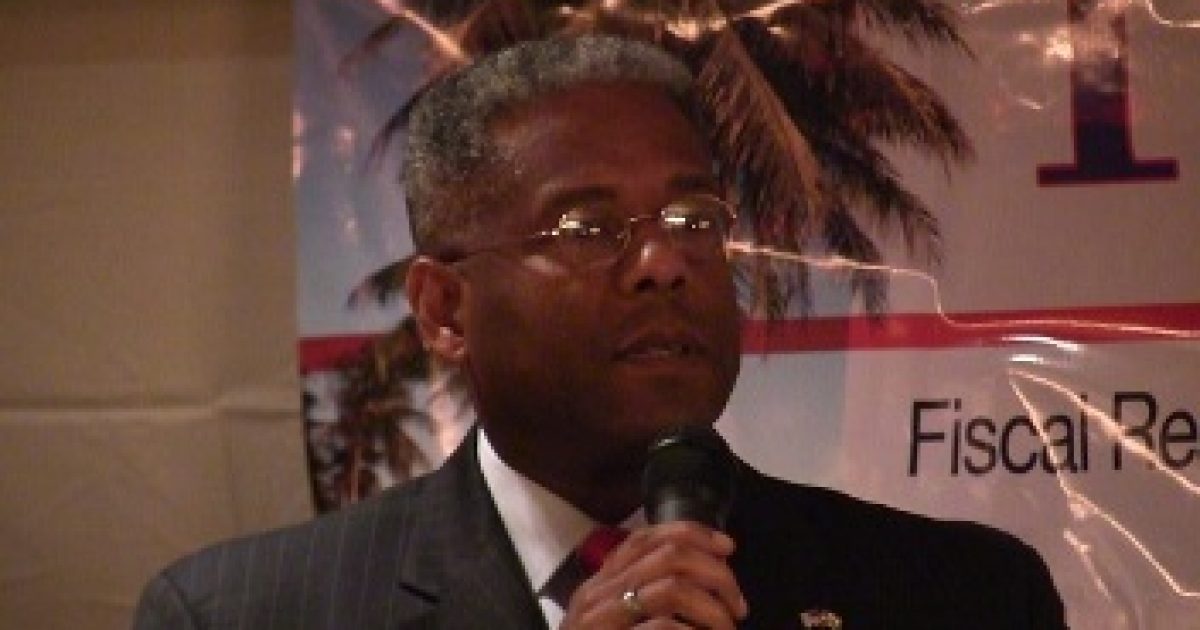 Allen West- “I Am Their Number One Target”

Congressman Allen West attended a Palm Beach County Tea Party event in Boca Raton, Florida and addressed a crowd of about 300, telling them that they needed to let the voices be heard during this election cycle.  West told the Tea Party faithful that he was the ‘number one target’ of the Democrat Party in 2012. It is no secret that the U.S. House of Representatives have gone over and beyond to draft responsible and much needed legislation, but the same could not be said for the U.S. Senate, as it has continued to stymie the legislative process in Congress. Congressman West expressed his dissatisfaction with the work ethic as well as the lack of effort by the U.S. Senator Mitch McConnell and the rest of the Republican Senate.

Let me tell ya something, if I was not a pain in the butt to liberal Progressives, I would not be their number one target –Allen West