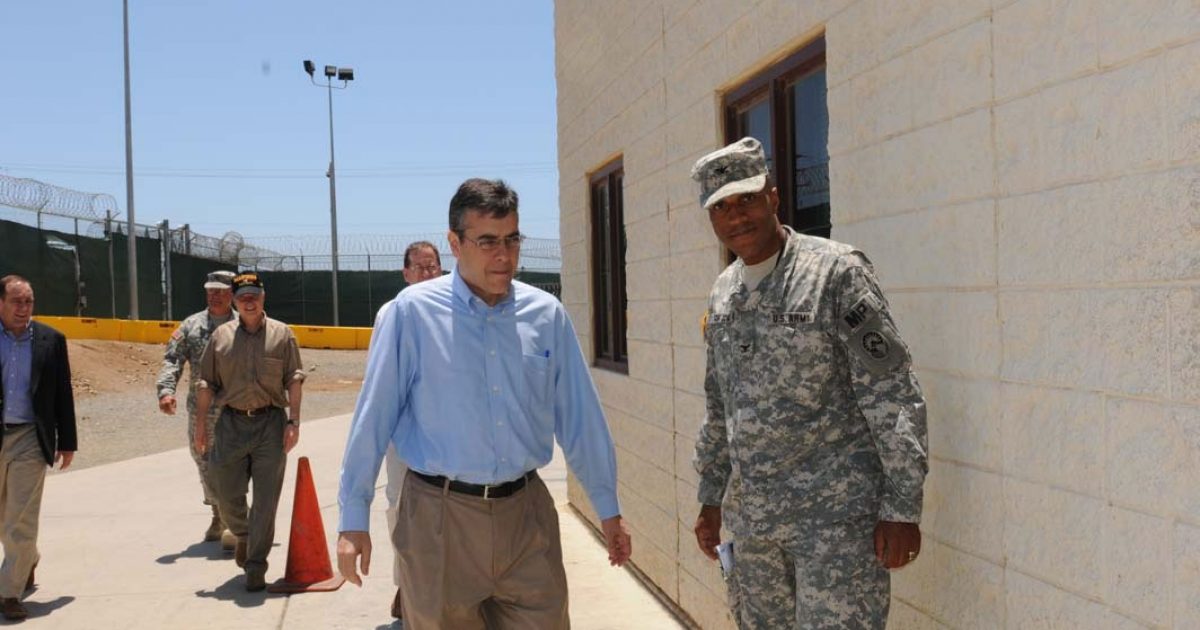 In light of President Obama’s total and complete policy flip-flop regarding the continuance of military tribunals at Club GITMO, scores of Congressmen are making their way to the Guantanamo Bay, Cuba to get a first hand look at Fidel Castro’s least favorite U.S. naval installation.  Florida Congressman David Rivera (R) just returned yesterday from just such a trip with other notable politicos as part of a Congressional delegation visit to inspect the detention facilities where the confessed mastermind of the September 11th attacks, Khalid Sheikh Mohammed, and alleged September 11th co-conspirators, Walid Muhammed Salih Mubarak Bin ‘Attash, Ramzi Bin Al Shibh, Ali Abdul Aziz Ali, and Mustafa Ahmed Adam Al Hawsawi are all on an extended vacation.

Rivera understands that the detention facility is vital to the national security of the country and is the perfect venue for enemy combatants to be tried in front of military tribunals.  Congressman Rivera released the following statement pictures that documented his visit:

“Nearly 10 years after the September 11th attacks we are finally beginning to see some justice for the families of the victims and the American people.  The Obama administration took a step in the right direction by prohibiting civilian trials in New York City for those who plotted the attack that killed and injured thousands of Americans.  After observing the detention and court facilities required for these trials, I am more convinced than ever that these terrorists should never be tried in U.S. civilian courts and must be tried by military commissions at the Guantanamo Bay Naval Base.


“Khalid Sheikh Mohammed has admitted to planning the 9/11 attacks and has taken responsibility for other terrorist activities as well.   He and the other 9/11 co-conspirators plotted to perpetrate an act of war against the United States, and as such, they should be treated as war criminals.  Now is the time to expedite these trials so that there is no further delay in bringing these terrorists to justice.  The most appropriate location, and the only location, for this to occur is the U.S. naval base at Guantanamo Bay, Cuba.”