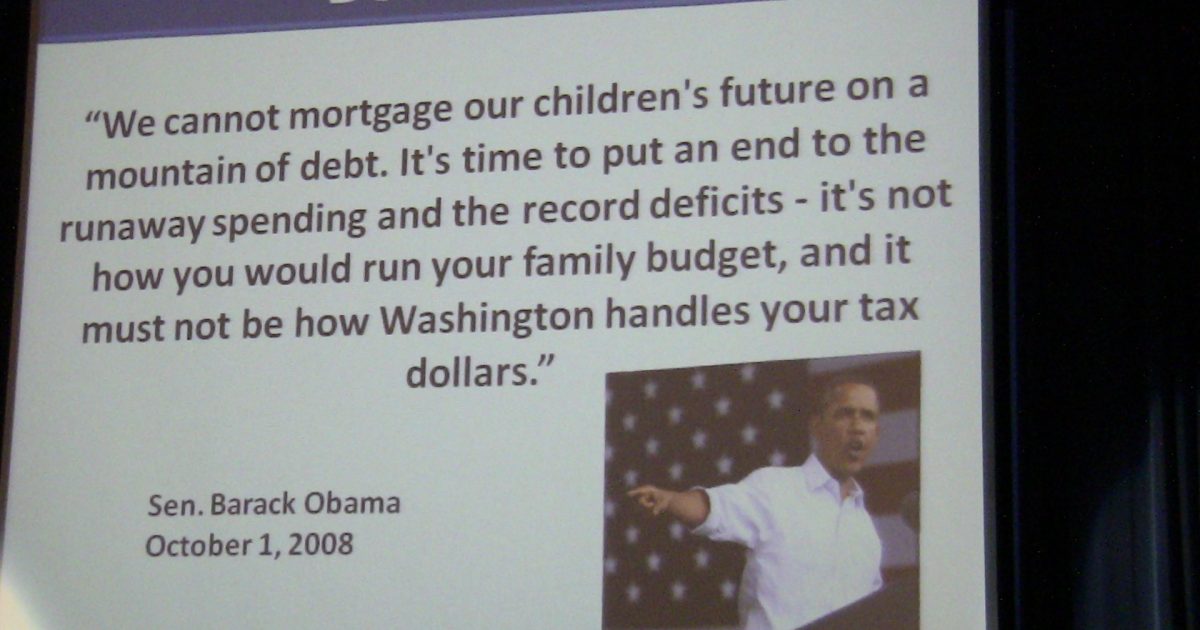 In what can only be described as a stunning development, President Obama announced that he is changing course and will now be working to stop the irresponsible spending and record deficits the Federal Government is presently accumulating.  Let’s ‘hope’ the President will finally take the lead on this issue and also pass a balanced budget amendment to the Constitution.  Obama’s statement was nothing less than pure “hope and change”:

“We cannot mortgage our children’s future on a mountain of debt. It’s time to put an end to the runaway spending and the record deficits- it’s not how you would run your family budget, and it must not  be how Washington handles your tax dollars.” –President Barack Obama

Is it April 1st yet? Check the date on which he made this statement- Oct.1, 2008 when he was still Senator. Is there anything he says that doesn’t have an expiration date?