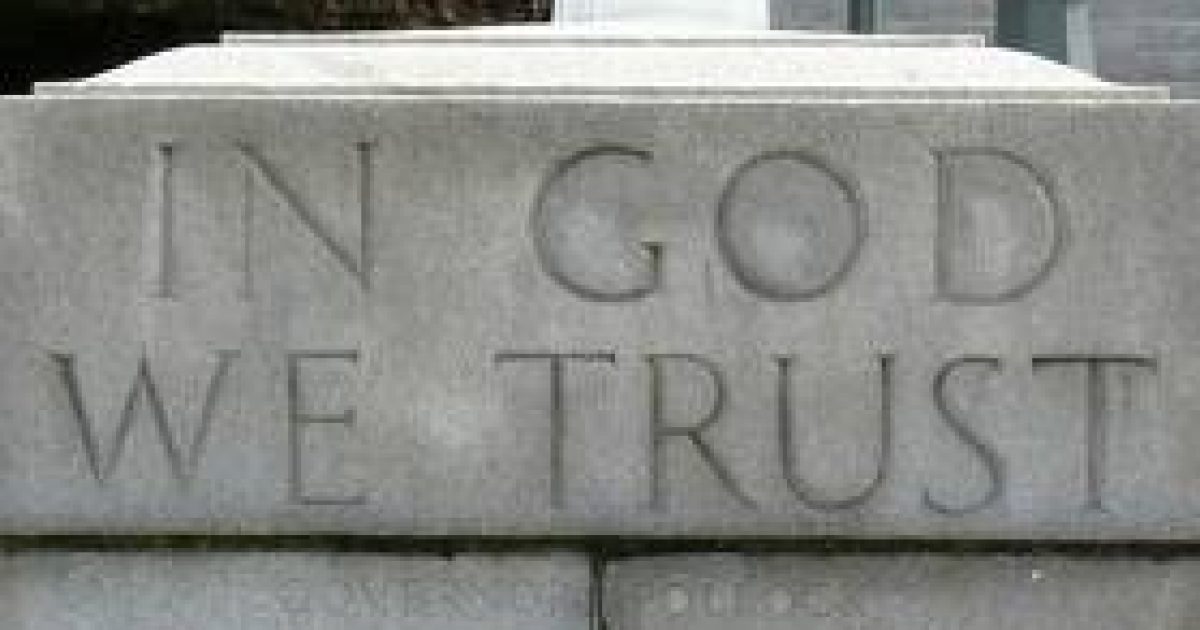 “In God We Trust” Bill Up for Full Vote In House of Reps.

Liberal Secularists are pitching a fit now that the proposed “In God We Trust” bill has made it out of the House Judiciary Committee and will come to the floor for a full vote. The bill, sponsored by over a dozen Congressman, including Representative J. Randy Forbes( R-VA), will likely come up for a vote within the next week or so.  Rest assured, the tired old secularist refrain that we need to”keep religion out of Government” is about to go into heavy rotation in the coming months.

The American Humanist Association today strongly criticized an effort by a fundamentalist Christian organization to “return ‘In God We Trust’ to every schoolroom in America.” The American Family Association, a politically active right-wing Christian group, made this plea in an action alert to members on July 6, calling for supporters to back legislation that would reaffirm the “In God We Trust” motto and call for its placement in all public buildings, including schools (H.Con.Res. 274).
“This AFA action alert is a smoking gun that shows the ‘In God We Trust’ motto to be inherently religious, with no real secular purpose,” said David Niose, the AHA’s president. “Here we have a fundamentalist Christian group leading the charge to place the motto everywhere, obviously to impose their particular religious views on everyone, including nonreligious and humanist families.”- American Humanists Association

The bill should pass the Congress and make it through the Senate before getting bogged down in the courts by leftist activists who are never in favor of letting the democratic process play out in Congress when it’s their bull being gored. It will be interesting to see which Republicans vote against the bill as well as which Democrat will support it.  This bill will no doubt stoke the ‘separation of church and state’ debate, and may bring other faith-based issues back to the forefront of the public’s attention.