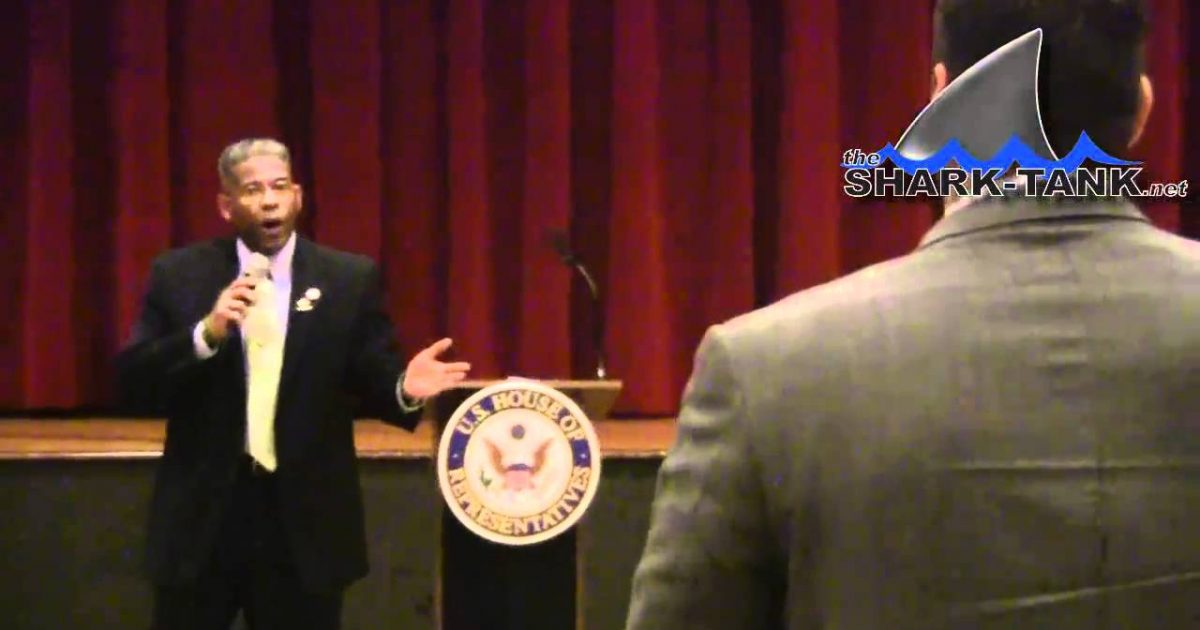 At a townhall meeting hosted by Congressman Allen West on Monday evening in Pompano Beach, the Q&A segment of the meeting featured a Koran wielding Nezar Hamze, Executive Director of the Council for American Islamic Relations (CAIR).  Hamze confronted Congressman West and asked him to point out where in the Koran does it give marching orders to Muslims “to carry out attacks against Americans and innocent people”.

West quickly pointed out that the Koran was written long before America even existed and that it does indeed tell believers to kill infidels, and then proceeded to chronicle a lengthy list of historical Muslim acts of aggression.

Congressman West closed his retort by referencing the Fort Hood shootings and 9-11 attacks, saying that his first hand experiences on the battlefield has given him insight into the tactics that Islamists use before telling Hamze not to “try to blow sunshine up my butt” with his criticism of him. West took offense to Hamze’s amateurish criticism of his stance on radical Islam and concluded by telling Mr. Hamze to “put the microphone down and go home.”

take our poll - story continues below
Completing this poll grants you access to Shark Tank updates free of charge. You may opt out at anytime. You also agree to this site's Privacy Policy and Terms of Use.
0SHARES
314
SHARES
ShareTweet