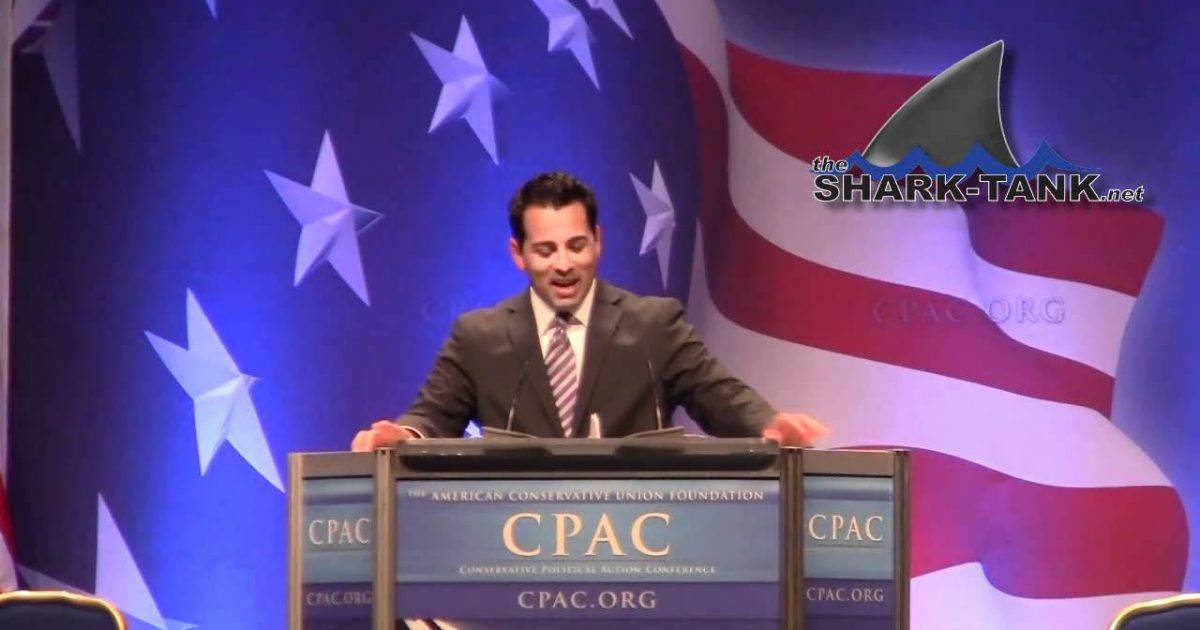 Due to the last minute time constraints that were imposed on your humble and well-honed Shark, I was forced to cut my acceptance speech from six minutes to two, but somehow it all worked out for the best. Thanks to all and to CPAC or  awarding me with such an honor.  Below are my acceptance remarks as prepared:

I am truly humbled and honored to be standing here today and to have been selected as CPAC’s 2011 Blogger of the year, and I’d like to take a brief moment to express my gratitude to the people who have helped me get to where I am standing now.

First and Foremost, I need to thank the most important person whom we all love and we all are forever indebted to, and yet many of us take him for granted…the big guy upstairs, GOD.

Secondly, Thank you to Ed Morrissey from Hotair, thank you for the kind words, Erick from Redstate, Melissa Clouthier from Liberty Pundits, my good friend Val Prieto from Babalu Blog- he’s from in my neck of the woods, and I’d also like to thank the countless numbers of people who have seen merit in Shark Tanks’s work and have helped disseminate our videos, news stories, and op-eds that have received national attention.

One person in particular whom I must acknowledge provided the real inspiration for my interest in politics, and it was his words of wisdom that gave me the confidence to pursue a career in political media. He is none other than the Dr. of Democracy himself, and everyone’s favorite lovable little fuzzball, Rush Limbaugh.  THANK YOU, Rush!

I’d just like to leave you with a few thoughts. After the 2010 elections, we celebrated our political victories and the advancement of our conservative principles and convictions. However, the real battles loom ahead.  Our next objective as conservatives is nothing less than the defeat of Barack Obama in 2012 and the complete rollback of the entire agenda he’s implemented during the past two years.

That means the failed “Stimulus” Plan, ObamaCare, the subversive foreign policy, the backdoor regulations, the progressive judges and czars, – it all must be repudiated.  Then, there are the looming threats that are not being addressed – the ongoing problem of illegal immigration and its inextricable ties to criminal activity as well as Militant Islamic Fundamentalism.  We need to seal our borders now and reject any further amnesty measures.

As proud Americans who are indebted to the generations that came before us, we cannot continue this un-American and submissive appeasement of Militant Islamic Fundamentalism that this President seems to think will make us more respected by Islamic extremists and their sympathizers. I have a message for all of you self-proclaimed  peaceful practicing Muslims,  both foreign and domestic, some of whom are here under this very roof-  if you continue to  turn a blind eye towards those who are actively seeking to harm Americans- regardless of whether that terrorist that happens to be your brother, cousin, friend or neighbor, you are just as complicit as the actual coward who straps on the suicide bomb, and you will be held accountable. Thank you, CPAC!

ALERT: Latest Police Suicides Linked to January 6 Raise SUSPICIONS- Four Cops Now DEAD- Something Big Is Going On And They Are Hiding It [VID]
AFF