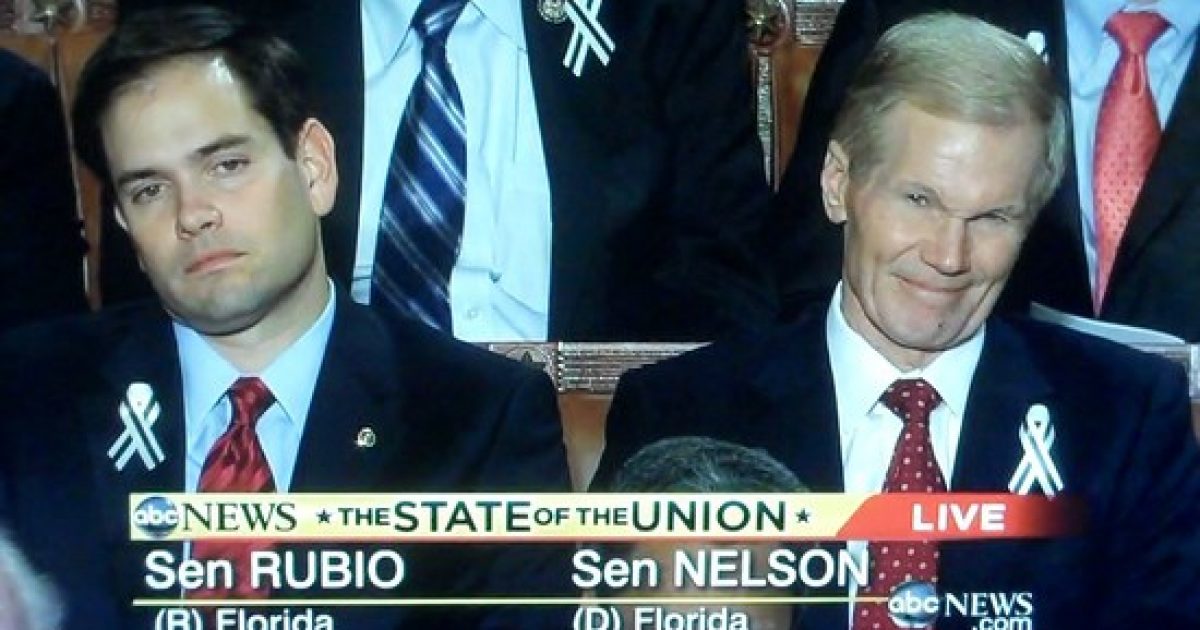 Senators Rubio and Nelson Share a Tender Moment During SOTU

During the Presidents SOTU address, many across the country were more eager to see a display “civility” and “harmony” from the members of the 112th Congress after many agreed to break with tradition and sit in a “bipartisan” arrangement during the speech.  The other story from last night’s SOTU was the actual speech itself. There’s no surprise here- Obama is a progressive leftist President who employs as much conservative-Republican sounding rhetoric that his advisors deem necessary to make his agenda palatable to 50.1% of the country. The President had already telegraphed his move of trying to appear more centrist by saying that he would reach out and work with the Republican-controlled Congress. But even his conservative sounding rhetoric has its limits, as the President in his speech could not constrain himself from his typical class warfare rhetoric, his chastising of oil companies, and meaningless talk about earmarks, bipartisanship, green energy, etc., etc….

In all likelihood, Obama will continue his pivot toward the center with his rhetoric and throw Republicans a bone or two in the coming months, but there cannot be any further doubt as to what Obama wants to accomplish – turning the USA into a Euro-style socialist welfare state with a irreplaceable government run healthcare system.  Prediction- If Obama were to win re-election in 2012 thanks to a polished, centrist-sounding campaign, he will then revert back to his true self- a progressive socialist- and attempt take the country even further down the drain while somehow convincing America that it’s Republicans’ fault.  Republicans had better get their A-game on quick if they wish to defeat the man who has the ability to distort and deceive without even breaking his stride.