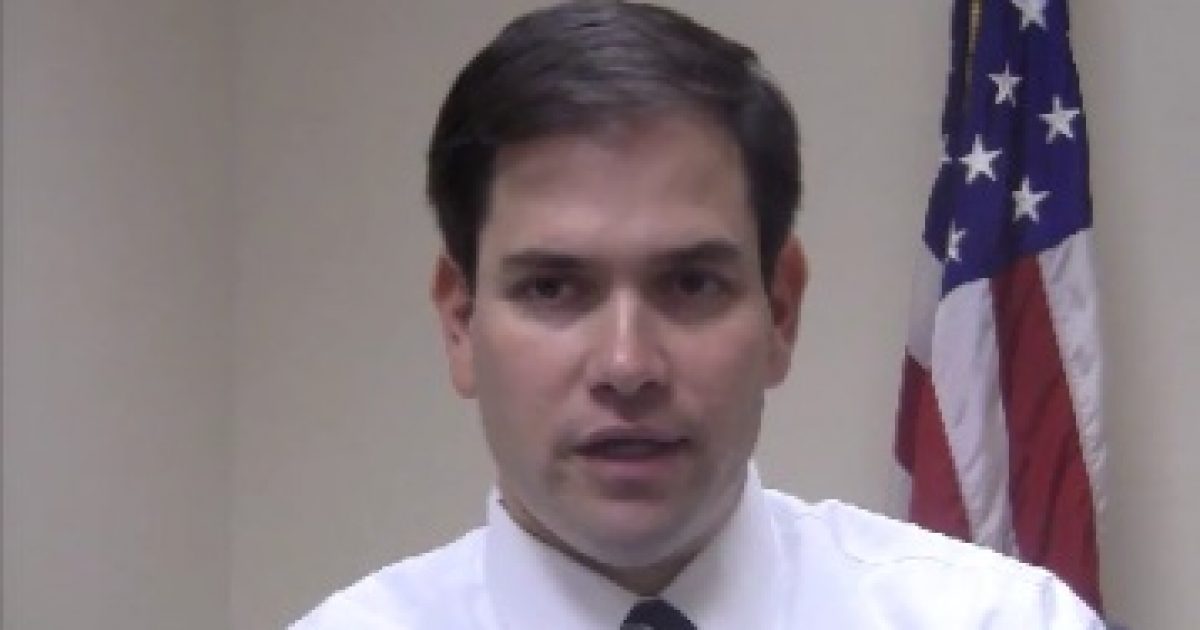 During my recent interview with Senator Marco Rubio, he addressed the growing speculation concerning whether or not he would join the newly formed Senate Tea Party Caucus.  Many of Rubio’s supporters and Tea Party leaders have been questioning the Senator’s hesitation to join this newly formed caucus. The Senate already has a Conservative Steering Committee run by Senator Jim DeMint that Rubio states he will join. Here is Senator Rubio’s response as to whether or not he is going to follow Senators Jim DeMint, Rand Paul, and Mike Lee into the caucus.

” Why do we need something in addition to the steering committee?…My concern is that politicians all of a sudden start co-opting the mantle of “Tea Party”. If all of a sudden being in the Tea Party is not something that is happening in Main Street, but rather something that’s happening in Washington D.C., the “Tea Party” all of a sudden becomes some sort of movement run by politicians…it’s gonna lose its effectiveness and I’m concerned about that.  I think that the real power of the Tea Party comes from its ability to drive the debate and the issues from the grassroots up, as opposed to from the politicians down.”- Senator Marco Rubio