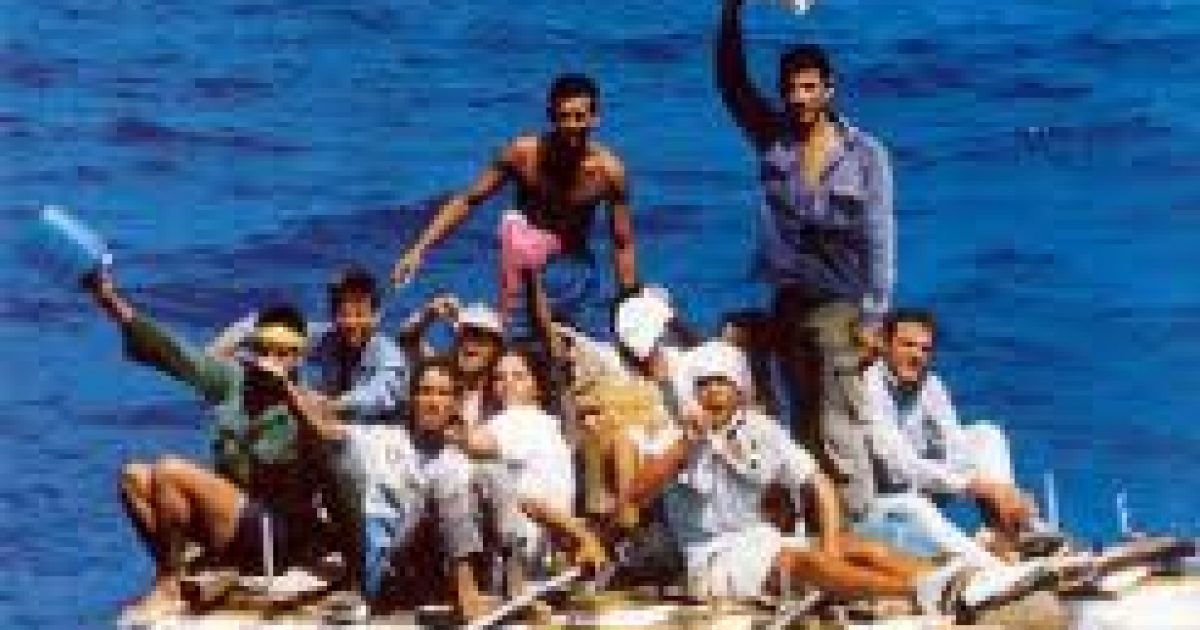 Is ‘Wet Foot-Dry Foot’ All Washed Up? -POLL

One of the many sore spots in the national debate over immigration policy is the preferential treatment that is given to refugees from Cuba who flee their country for U.S. soil.  The Cuban Adjustment Act of 1966 allows anyone who flees Cuba and enters the United States to be afforded the opportunity to remain in the country and become a permanent resident.  In 1995 the Clinton Administration, in an agreement with Fidel Castro, amended this policy so that if a Cuban refugee was found at sea, that individual would be sent back to Cuba; but if the refugee was fortunate enough to make it to dry land, that person would be allowed to stay and pursue residency status, hence the “Wet foot-Dry foot” policy that remains in effect today.

There are a growing number of people who fully support legal immigration yet contend that Cuban nationals should go through the same process that every other immigrant waiting to come into this country must go through, believing that our immigration laws should apply to all foreigners without any ‘carve outs’ for preferred groups.  On the other side of the debate, there are many in the pro-amnesty crowd who believe that people from other Latin American nations should be treated just as Cubans presently are, and a de facto “amnesty” policy should be applied to all other foreign nationals.  That’s the argument many ‘La Raza’ types seize upon- they feel the amnesty issue could be settled once and for all if the United States just opens up the borders to everyone and grants amnesty to everyone, regardless of the consequences.

Another issue regarding immigration policy that is unique to to Cuba is the “Visa Lottery” that permits up to 20,000 Cubans annually chance to win residency here.

From the U.S. Interests Section in Havana:

Because the total number of persons qualifying for immigrant visas and refugee status does not normally reach the 20,000 the U.S. has agreed to authorize each year pursuant to the joint U.S.-Cuban Migration Accords of 1994, the U.S. has adopted a lottery system by which persons who do not qualify as refugees or immigrants can seek to enter the U.S. This system is unique to Cuba and separate from the worldwide diversity visa lottery for which Cubans are also eligible.

For all intents and purposes, the Cuban lottery program is the equivalent of an amnesty program, and it is another ‘carve out’ that helps facilitate the entry of Cuban refugees into the country which is “unique to Cuba”.  As the illegal immigration debate continues to simmer, the ‘Wet foot-Dry foot’ policy will inevitably come under scrutiny, and any such reconsideration of the policy will not only cause an uproar from the Cuban exile community, but also from the pro-amnesty lobby that is determined to make the U.S. into a borderless country.

Our South Florida friend and founding editor of Babalu Blog, Val ‘El Machete’ Prieto, believes that the ‘Wet foot-Dry Foot’ policy is a “disastrous asterisk” added by President Bill Clinton to the original Cuban Adjustment Act. Prieto also points out that most of the countries that illegal immigrants originate from have free and fair elections, whereas Cuba does not.

This past election cycle, many Republican candidates successfully ran on a pro-legal immigration/anti-amnesty platform, and none did so more prominently than Senator-elect Marco Rubio, who also happens to be the son of Cuban exiles. But it remains to be seen if Rubio will have the the conviction to take a fresh look at this difficult issue and advocate for a reform of immigration policy that puts national security first as well as places all Latin-American countries on an equal footing.  The question will inevitably be posed to Rubio, and how he weighs in on this matter will not only have substantial implications for him politically, but also for the ultimate resolution of the immigration issue as well. Video: Rubio Addresses Cuba Democracy PAC

Have your say, take the poll.