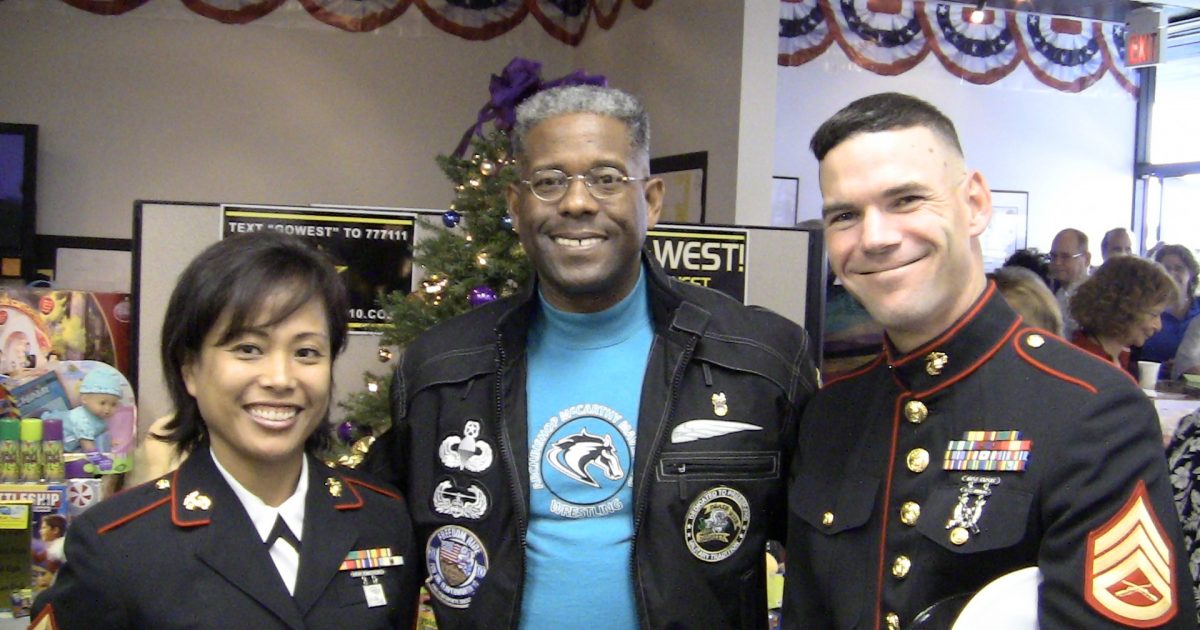 Allen West’s ‘Toys for Tots’ Event a Big Success, Gets Set to Depart for D.C. (VIDEO)

Congressman-elect Allen West’s campaign headquarters in Deerfield Beach, FL served as the backdrop for a toy drive that yielded over 800 toys and gifts to benefit the U.S. Marine Corps ”Toys for Tots’ program.  Dozens of volunteers and well-wishers attended the event to hear West thank those who attended and donated for their extraordinary outpouring of support for this worthy cause.  West also took questions from the mdia, and he addressed questions regarding the Military’s controversial “Don’t Ask, Don’t Tell” policy, the Dream ACT and the extension of the Bush Tax Cuts.  In addition, West was asked about the recent letter he sent to incoming Majority Whip Eric Cantor regarding the 2011 work calender for the U.S. House of Representatives, and West indicated “that it was only right to bring up the concerns of the people”