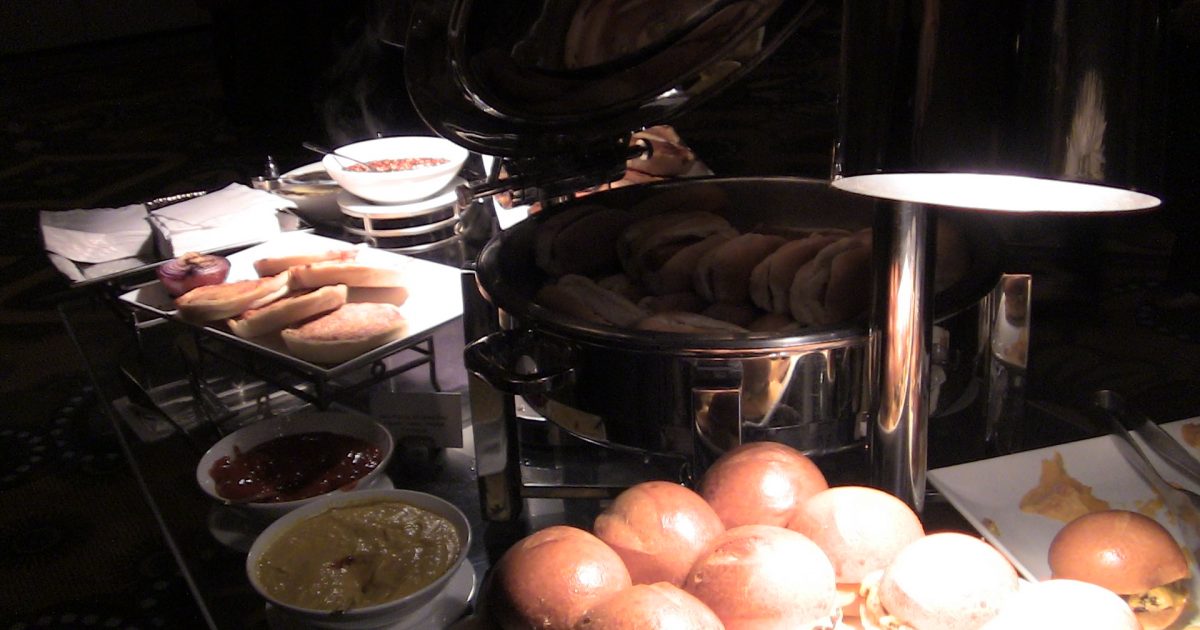 Food-a-Plenty at the RPOF Quarterly Meeting

Republicans convened again  in Orlando this weekend  for their  last quarterly state party meeting of the year. Next month, the RPOF  leadership will decide who the next Chairman of the state party to will be to lead the GOP through the 2012 election cycle. The (5) candidates running for the position are RPOF Vice Chairwoman Debbie Cox-Roush,  Committeeman Tony DiMatteo, Sarasosta Chairman Joe Gruters, Palm Beach Chairman Sid Dinerstein and  Committeeman David Bitner.

All of the candidates mentioned above held individual campaign receptions filled with all kinds of edible goodies intended to help ‘sway’ votes from one another. So to be fair, I took it upon myself to put on my ‘food critic’ fin and make a food run to each of the receptions. I have to tell you that it was very difficult to pick the ‘Top Chef’ award of the night, since all the candidates served up very palate friendly fares. Bitner had the Bananas’ Foster; DiMatteo and Cox-Roush had full bars; Gruters had the desert cups; but at the end of the night, it was good ol’ Sid Dinerstein that stole the show. Dinerstein offered a smorgasbord of yummies that included hamburger sliders, mini hot dogs, and pizza.

The rest of the press corps agreed that the ‘Dinerstein Dinner’ was the top eats of the night. Thanks Sid!

Current RPOF Chairman Senator and noted food critic John Thrasher divulged to the press corps that he had a fondness for Bologna since his teenage years, and even went as far as to tell us how to “fry you some Bologna”.