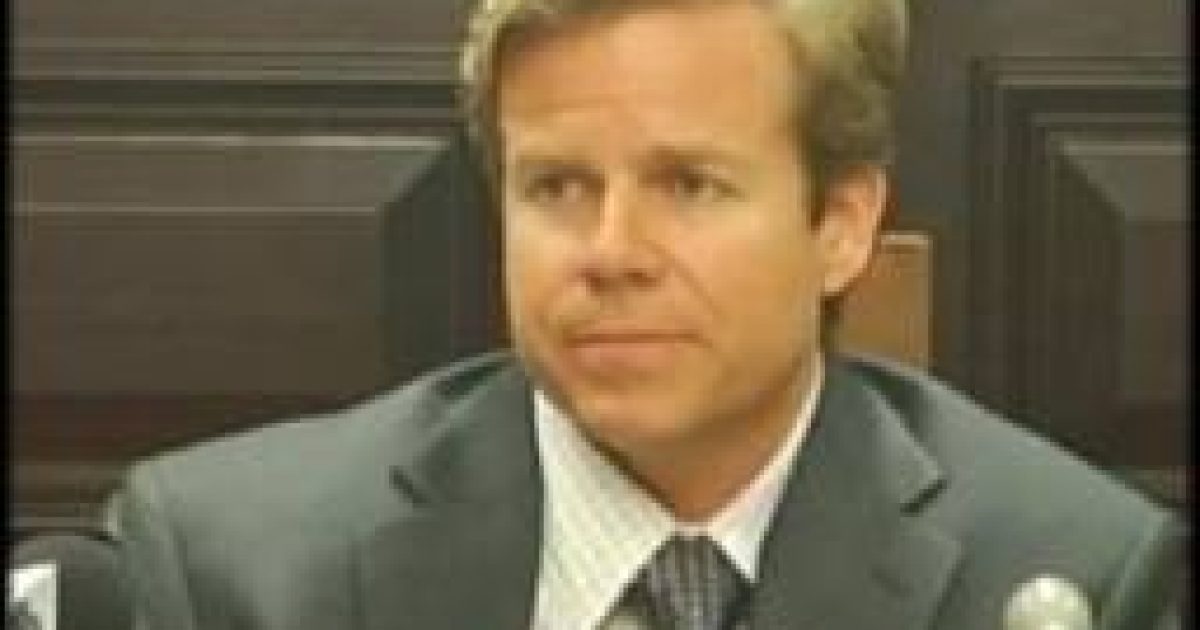 Tallahassee– An emotional Senate President-elect Mike Haridopolos addressed the Senate chamber after he  accepted his position of President of the Senate on Tuesday.  Haridopolos is thought to be one of the most conservative Senate Presidents in recent memory, and later that day, he led the way along with Speaker of the House Dean Cannon to override (8) of outgoing Governor Charlie Crist’s vetoes.  Haridopolos told me that he would be working closely with Rep. Cannon and Governor Rick Scott to exploit the supermajorities held in the state Legislature, and to expect ‘alot of good things’ to come out of Tallahassee.

President Haridopolos jump into the Shark Tank and discussed some of these overrides, as well as a couple of others, namely the “Pro-Life” and the AZ style immigration bills, that are on the radar.