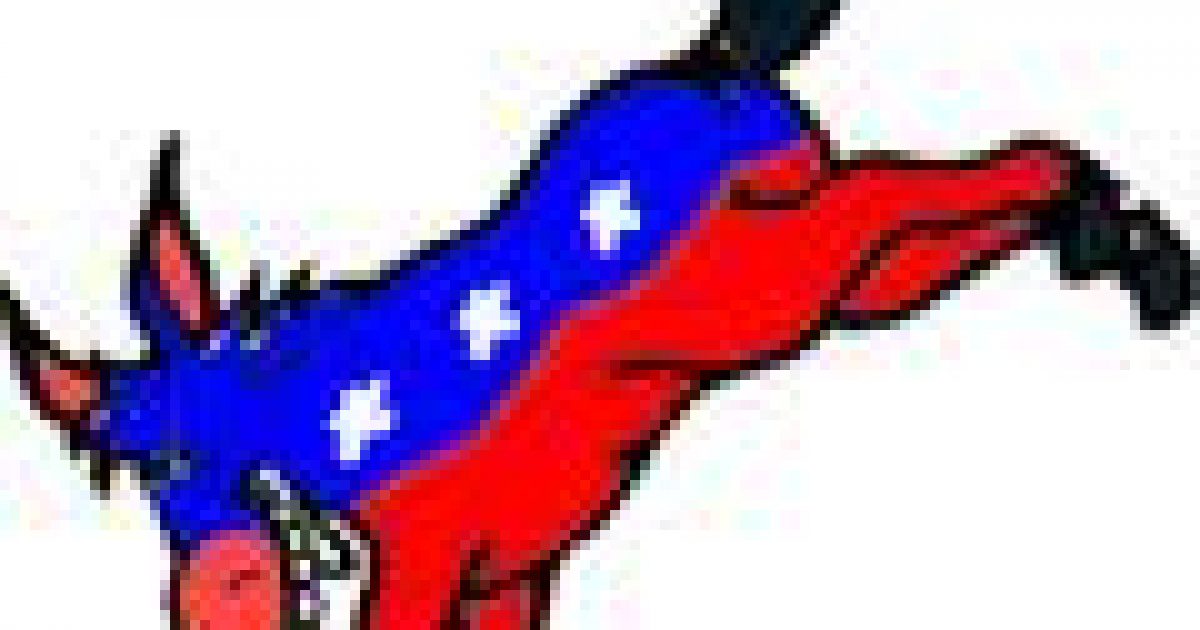 Florida Democratic Party On The Brink?

It seems as if the Democratic Party of Florida continues to suffer from PEBS (Post-Election Beat-Down Syndrome) after suffering huge election day losses at the State and Federal levels.  With Democratic Party Chair Karen Thurman’s announcement that she would be leaving her post, power hungry party hacks and elitists are all posturing to make their respective cases as to who is best suited to take control of the coveted position.  Several names are being floated around, but the most interesting name that is coming out of this whole mess is none other than Rod Smith, Alex Sink’s “other half” of her failed Gubernatorial ticket.  Smith was labeled as ‘missing in action’ during the campaign because of the completely invisible profile he maintained throughout the race.  It almost seemed as if the Sink campaign put the muzzle on Smith, since not one word was heard from him after the initial announcement of him being selected as Sink’s running mate.

But now Democratic party  poobahs see him as a viable front-runner.  Really?  My favorite blogger colleague from across the aisle, Joy Reid, wrote an interesting and insightful piece on her blog The Reid Report, about this very issue.

Democratic leaders from local parties across Florida are meeting in Orlando today to discuss the future of the state party in the wake of Karen Thurman’s announcement that she will leave as party chair (see “disclaimer” at the end of the post.”) And while Florida Democratic Party sources insist to TRR there are no “back room deals” and there is no “smoke filled room,” many outside the party infrastructure are beginning to smell a rat — a rat that will make Rod Smith party chairman, whether rank and file Democrats like it or not.

Reid goes on to name potential candidates for the position, as well as detail the build up to what could turn out to trainwreck for the Democratic party. Click here to read more: Past failure is not necessarily an indication of future success (or: Florida Democrats pick a chairman)

Not to be outdone, the Republican Party of Florida (RPOF) will also be electing an new Chairman early next year. It seems as if the field of candidates will continue to grow from the handful of candidates already in the running. So far, RPOF Vice Chairwoman Debbie Cox-Rousch of Hillsborough County, Pinellas County Republican State Committeeman Tony DiMatteo, Sarasota County GOP Chairman Joe Gruters, and Palm Beach GOP Chairman Sid Dinerstein amongst others have already announced, or are on the verge of announcing.  It’s also possible that RNC Secretary Sharon Day may run again.


The RPOF prospects look good, since Governor-elect vowed to ‘clean house’ and work with the present and future Chair of the state party.  Couple this with the supermajorities that the GOP holds in both the State House and the Senate, and Republicans can very well see a smooth transition into new look of the RPOF, as well as the potential for increasing voter registration and much needed fundraising. Now, if certain County GOP clubs could get their acts together, the RPOF would be in prime position to continue long term electoral success.

This election is especially critical for the Democratic party, since it will be pressed to try to inspire and mobilize Democrats across the state for President Barack H. Obama’s reelection in 2012.  Lord knows that the Dems are going to have to step their game up, because they are also in jeopardy of  losing Senator Nelson’s Senate seat.  The GOP field for this seat is expected to  be strong, and with possibly even more State and Federal seats after re-districting takes place late next year, the GOP has the ball in its court on this issue and will determine how and where the lines are drawn.
0SHARES
ShareTweet