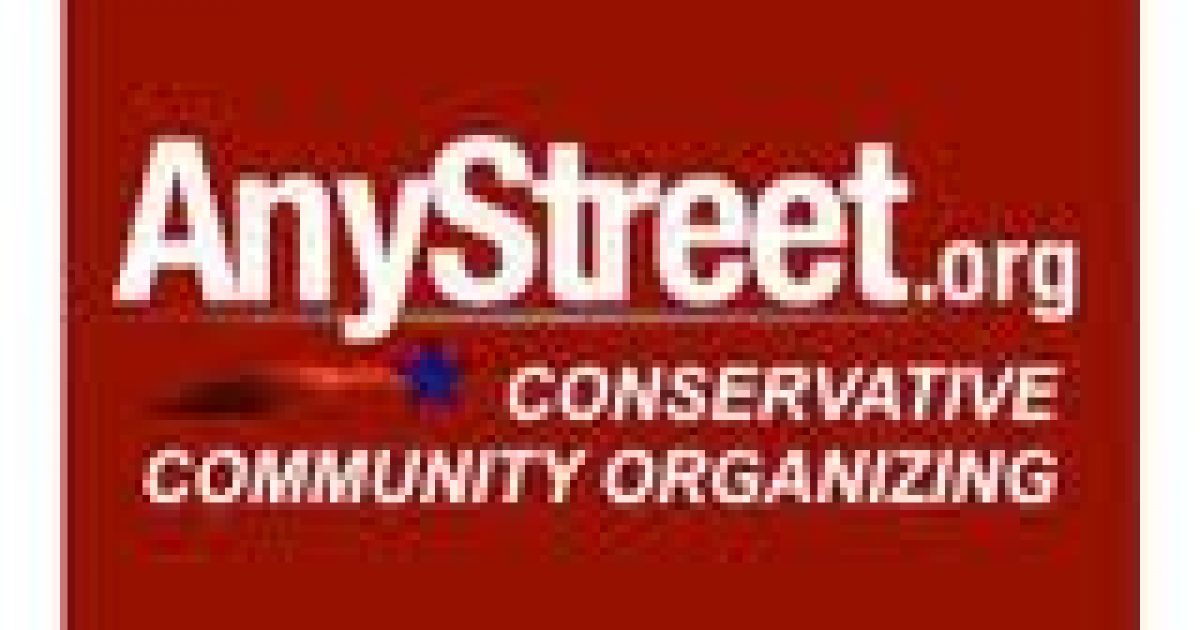 Anystreet.org -“ACORN, Without The Evil”

Now that the 2010 elections are behind us, one of the many questions being asked in regards to the ‘Tea Party’ is, what are they going to do for an encore after such a historic “rookie season”?  The ‘Tea Party’ was comprised of millions of ordinary Americans as well as many small activist groups that served as the proverbial glue that coordinated “Tea Party” events.  National organizations like FreedomWorks, Tea Party Patriots, and Anystreet.org are recognized as being on the front lines of the movement. So now what?  What will these organizations do now that their message has been heard, and their impact at the ballot box has been felt?

One of the up and coming national organizations that has firmly established its footprint on the political scene is Anystreet.org. Anystreet.org is considered to be the activists’ wing of the Modern Conservative, which has been in existence for several years now and is headed by President/Founder Chris Cook, and Directed by Ross Archinal.

AnyStreet is the next phase of the conservative movement: Permanent, full-spectrum conservative activism—everywhere. Community activism, with operations all the way down to the street level.

The group’s outreach coordinator, JoJo V. Hohenzollern, which based in Florida, says that Anystreet.org is focusing on its military and college outreach,  and it is making a strong effort to increase  voter registration- as Democrats outnumber Republicans in voter registration in Florida.

Anystreet.org, is unlike many other so-called, ‘activist groups’ that claim they are carrying the water for  the cause, but are mere opportunists that looking out for themselves.  Some of those wanna-be activist groups are based in Broward County, Florida. Broward county Florida has over 200,000+ registered Republicans but continues to concede defeat to Democrats in election after election. Why?   A good part of the reason is a lack of organization and desire to win by the local Republican Party.

With  organizations like these making their name in South Florida, there is hope that come the 2012 election cycle, legitimate and productive activism will be able to aid both State and Federal Republican candidates.