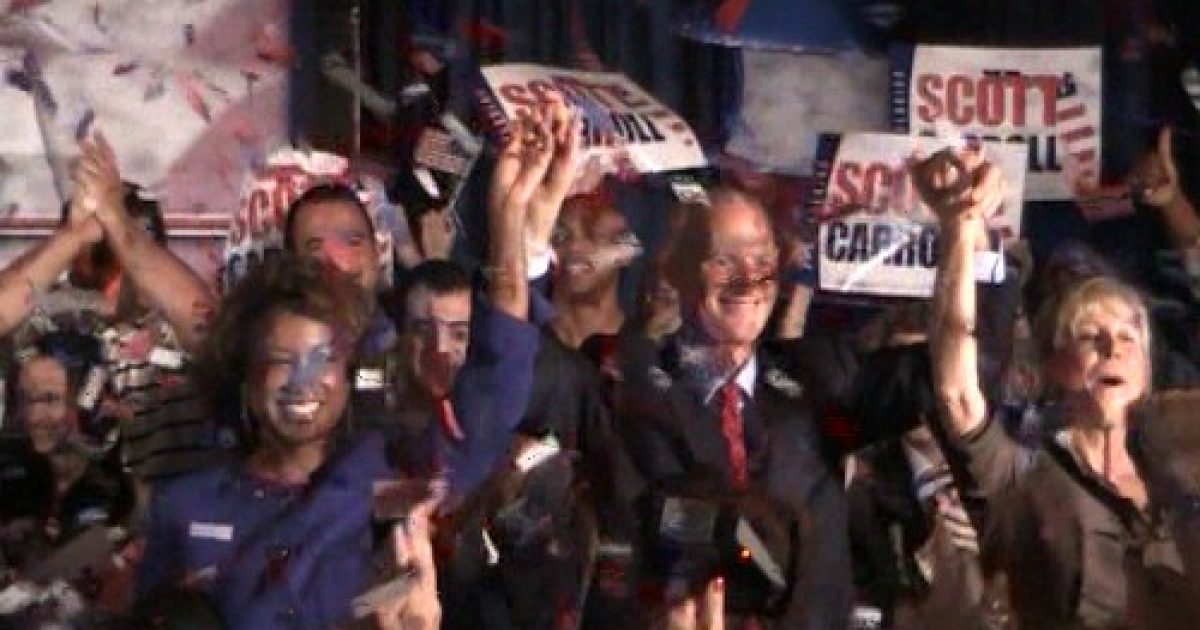 After a long night of watching the votes tally up in the tightest Gubernatorial race in Florida’s history, Democrat Gubernatorial candidate Alex Sink made her concession call earlier this morning, making businessman Rick Scott the next Governor of the State of Florida.  Governor-Elect Scott defied the odds in a contentious Republican primary race and in general election, and he also takes on the role of the de facto head of the Republican Party of Florida. Scott told the Shark Tank during the campaign, that he was going to “clean house” when he got to Tallahassee- that house being the state GOP party.

Scott’s victory speech remarks were brief and to the point, graciously acknowledging his supporters, and emphasizing his firm commitment to turn Florida into an economic powerhouse through economic and regulatory reforms that encourage business formation and job creation.

The chess pieces are now in place to what could be a year of sweeping reform in Tallahassee and across the state. Scott’s new cabinet consists of  Agriculture Commissioner Adam Putnam, CFO Jeff Atwater, and Attorney General Pam Bondi- all newly elected Republicans.  Couple that with House of Representatives Speaker Dean Cannon (R) , Senate President Mike Haridopolos (R) and a heavily weighted GOP legislature, and you have the pieces of a powerful conservative legislature whose first order of business will be  to repeal many of Governor Charlie Crist’s vetoes later this month.

This new breed of Republican politicos will also have a controlling hand in the upcoming congressional and legislative redistricting plans that will be under consideration in 2011.