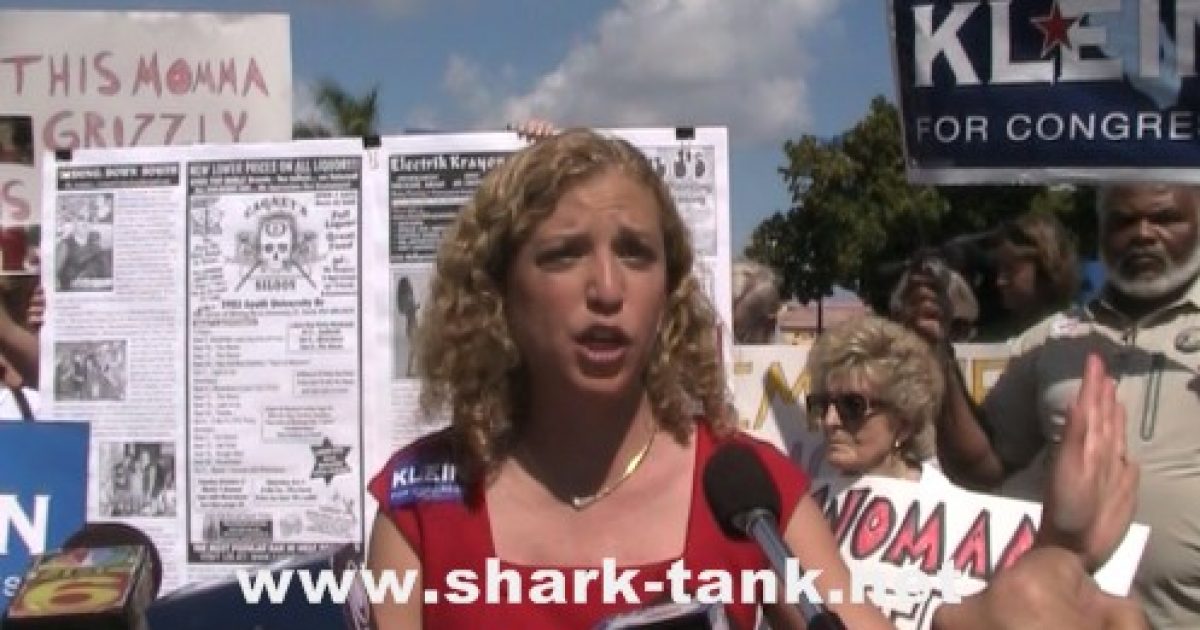 Earlier today, the congressional campaigns of Ron Klein, Alcee Hastings, and Debbie Wasserman-Schultz joined forces together to protest Lt. Colonel Allen West at his Deerfield Beach, Florida headquarters. Congresswoman Debbie Wasserman-Schultz attended the ‘tea party-ish’ protest of West and spoke to the crowd of about 50 Ron Klein supporters.  Allen West has been under fire for his affiliation with the Miami-based biker magazine Wheels on the Road, as West penned occasional op-eds and columns for the publication.  The magazine has been accused of publishing denigrating pictures of women in its pages- however the women depicted in the magazine photographs seem to be willfully participating and engaging the camera.   The same guilt-by-association game could also be played against Congressman Ron Klein, who has received campaign contributions from Marc Bell, the CEO of Penthouse Magazine– a highly provocative magazine that has been accused over the years of also denigrating women.

Wasserman-Schultz pointed out West’s ties with this publication, and has asked for Mr. West to step away from the magazine and accept his mistake. In addition, Wasserman-Schultz also directly accused West of engaging in this type of behavior.

I asked the Congresswoman as to whether she thought that the protest today was any different from usual ‘Tea Party’ protests, and she responded with the following:

“I don’t see any Swastikas or any pictures of the President in blackface or burned in effigy here.”

Here are Congresswoman Wasserman-Schultz’s full remarks and her Q&A with the media:

This protest against West was not the norm for the Democratic Party, and it came across as a desperate last hour maneuver by Democrats to help save the prized Congressional District 22 seat that Congressman Ron Klein currently holds.  Recent polls show West slightly ahead of Klein in this highly contentious Congressional race.
0SHARES
ShareTweet