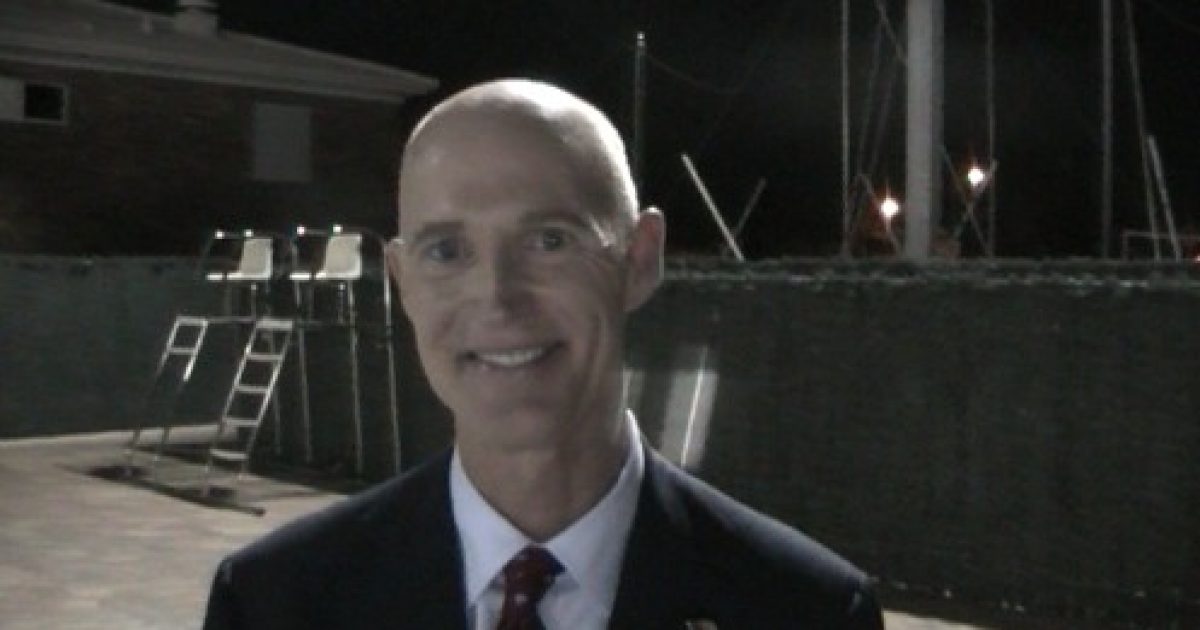 Last night’s Gubernatorial debate brought out several chuckles for viewers as both candidates injected crafty, yet predictable zingers into the debate in order to try to steal the show away from the other.  As expected, Alex Sink tried to make the historic HCA/Medicare fine the focal point of Rick Scott’s campaign, while Rick Scott reminded the audience of Alex Sink’s solid ties to President Obama’s failed Stimulus plan and his controversial ‘Obamacare’ plan.

The zinger of the night had to be when Rick Scott called Alex Sink, “a failed fiscal watchdog.”  Scott also pulled out the dependable, but predictable, ” she is an Obama Liberal” attack.  Both candidates traded barbs throughout the event, but at the end of the debate, Scott’s seemed the most calmed and collected of the two. The winner of the debate was St. Petersburg Times reporter Adam Smith,who asked some pretty tough yet important questions that needed to be asked. The best question was when he asked the candidates what they most admired about one another-brilliant!  Both candidates were taken by surprise with Smith’s question and ahad took a step back and think of what to say.  Needless to say, the candidate’s answers were ‘short’.

At one point, Alex Sink took pride in in her service of 4 years as the states CFO, yet scoffed at Rick Scott when he called her a Tallahassee insider. Question is, does being involved in Tallahassee politics for this time period make someone an insider?  Most people asked would say yes. What say you?

I caught up with Rick Scott poolside right afterwards at his post-debate rally at the Pincrest School in Fort Lauderdale.