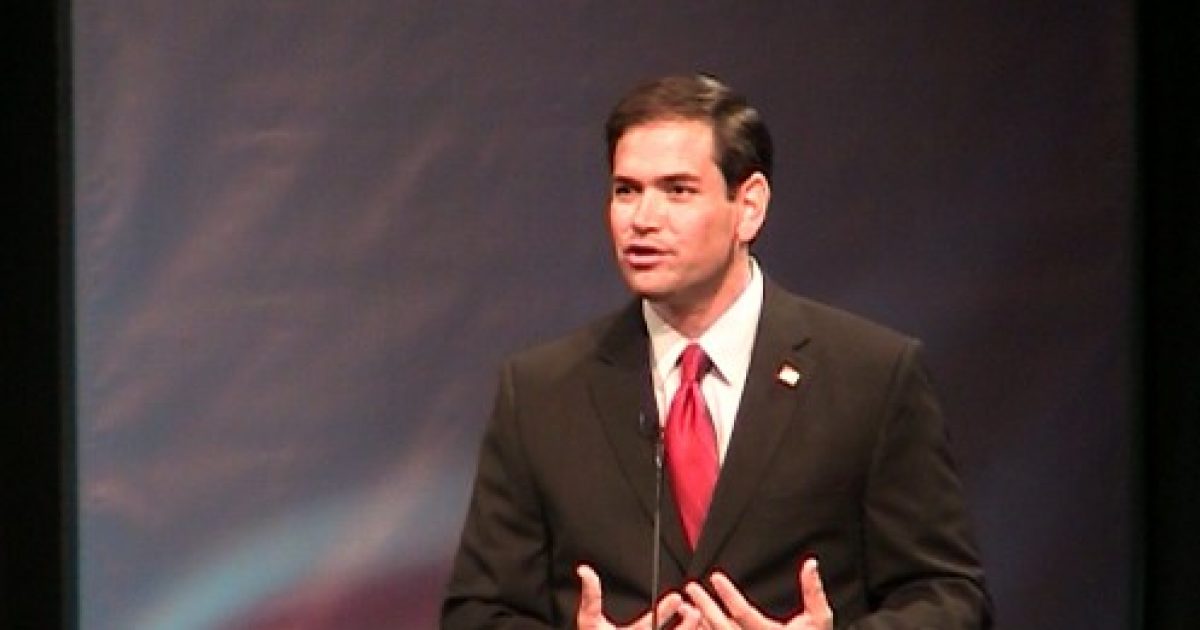 Davie, Florida – The three candidates for the U.S. Senate seat in Florida faced off in a debate at Nova Southeastern University, putting forth their last ditch efforts to convince voters as to why each of them are the best choice for the seat.  Marco Rubio’s double-digit lead has remained consistent over the past several weeks, while Congressman Kendrick Meek has inched up– Governor Crist’s numbers are trending downward and many believe that his campaign is in its final death throes.

To this observer, the debate was over after the very first question was asked and then answered by the candidates, and the winner was Rubio by a TKO. The question that was posed by one of my compatriots in media, CBS 4’s Michael Williams, and he asked each of the candidates on what they would propose to save the embattled Social Security program.  Williams asked for specifics as to whether they would support raising taxes to help fund Social Security, or would they support cutting back on benefits.

Both Governor Crist and Congressman Meek answered the questions with the traditional Democrat talking points and platitudes that hey have been using to answer all questions up to this point.  When Williams continued pressing for a specific response to the question, both candidates reverted back to the platitudes again.

Even the debate’s moderator chimed and in and stated,”I’m not hearing from either one of you , what is going to happen to Social Security when we know that full benefits won’t be able to be paid out until 2037…neither one of you is providing any specific solution about changing the age of eligibility or changing  the format.”

The exchange went back and forth between moderator, Williams and both Meek and Crist-Rubio had not been able to respond or answer the question yet.  After both candidates were given a second chance to lay out specifics to the question, and none were given, Mr. Williams turned to Rubio and asked the same question. Rubio is on the record for supporting an increase in the age of eligiblity.

Rubio went on to mention Governor Crist’s so called ‘plan’ to save Social Security- granting amnesty for illegal immigrants in hopes that they would pay into the system.

The rest of the debate focused on illegal immigration and the failed Obama Stimulus plan and the candidates basically stuck to their talking points.  Rubio is against Amnesty and anything coming out of Obama’s mouth, whereas Meek fully embraces the Obama agenda (At least Kendrick sticks to his guns and doesn’t waiver) and Crist is for amnesty and also supports the the Obama agenda- no wait he is against it, he’s for it…. Charlie Crist is for the people- that’s the right answer, right?

This debate demonstrated that Marco Rubio, new suit and all, is the clear choice to vote for on November 2.

Hat tip to Mrs. Rubio for helping with wardrobe.