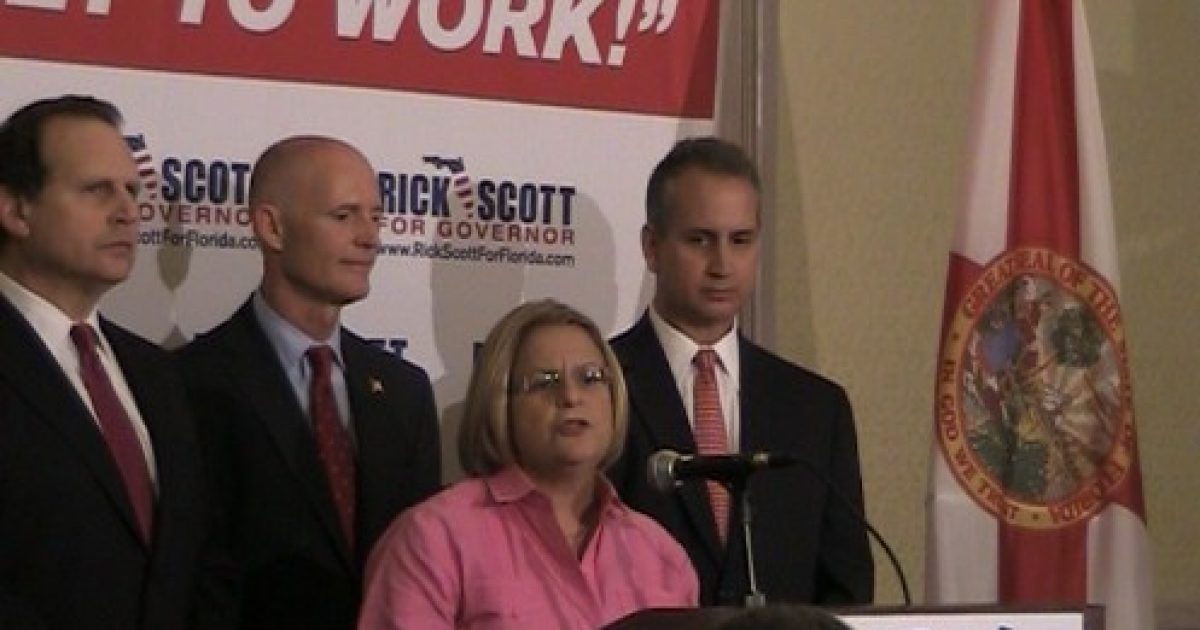 In a clear show of solidarity with Republican Gubernatorial candidate Rick Scott, Congresswoman Ileana Ros-Lehtinen and Congressmen Lincoln and Mario Diaz-Balart held a press conference to formally endorse Scott over the Democrat Gubernatorial candidate Alex Sink. The theme of the press conference was growing Florida’s economy by creating jobs, and each of the representatives touted that Rick Scott was the only candidate whose policies and experience would do just that.

The second question regarding illegal immigration seemed to bring out a defensive posture from the representatives, but tempers cooled when Congresswoman Ros-Lehtinen took control and asked that the reporters ‘pay attention’ and reiterated that while she and Congressmen Diaz-Balart did not see eye-to-eye with Mr. Scott on the illegal immigration, they agreed with his stance on just about every other issue.

Rick Scott has been an ardent supporter of an Arizona style Immigration law being passed here in Florida- a measure that is overwhelmingly supported by Floridians as well as Americans across the country.