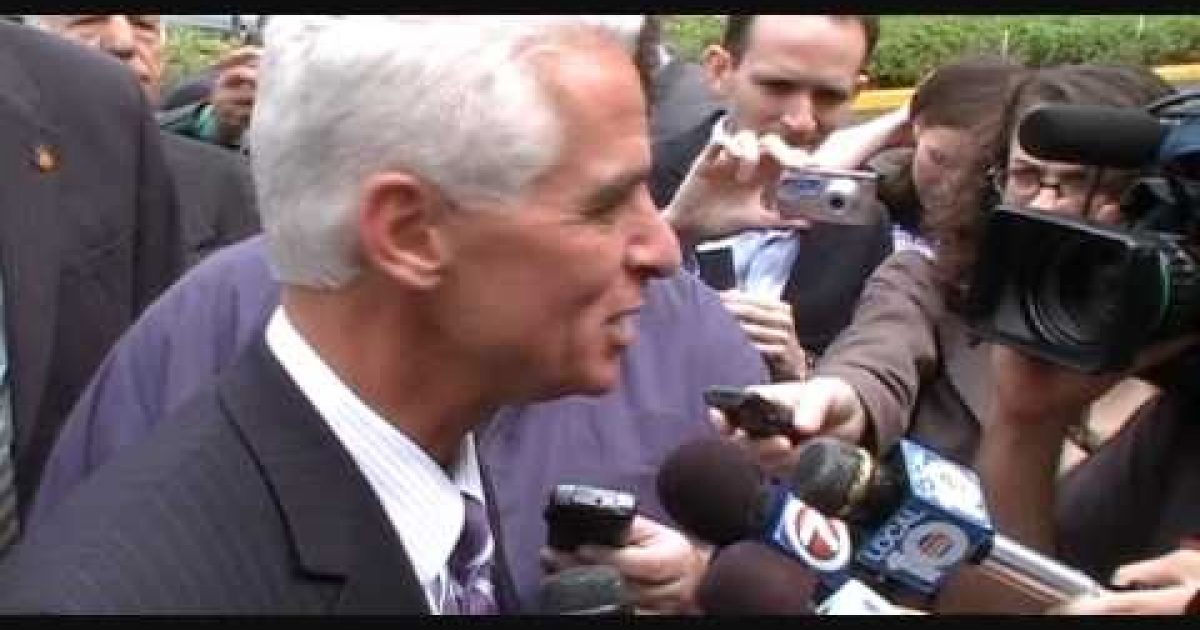 I stumbled across a classic clip of then Republican Charlie Crist, standing firm on his position of supporting Roe v. Wade at the Christian Family Coalition breakfast earlier this year in Miami. Crist goes on to defend his position by stating,

” this is about trust, we are asking them(voters) for their vote, and by doing that we are asking people to trust us- and place that trust in us.”


Governor Crist also goes on to say that, “I’m not gonna change my stripes.” This of course was said before the Governor supported Abortion Rights Activists by vetoing a bill  that would have required a woman seeking an abortion during the first trimester to pay for an ultrasound

Since this Miami event, Governor Crist has left the Republican Party and is running the U.S. Senate as an Independent-current polls show Crist lagging behind Rubio by double-digits.