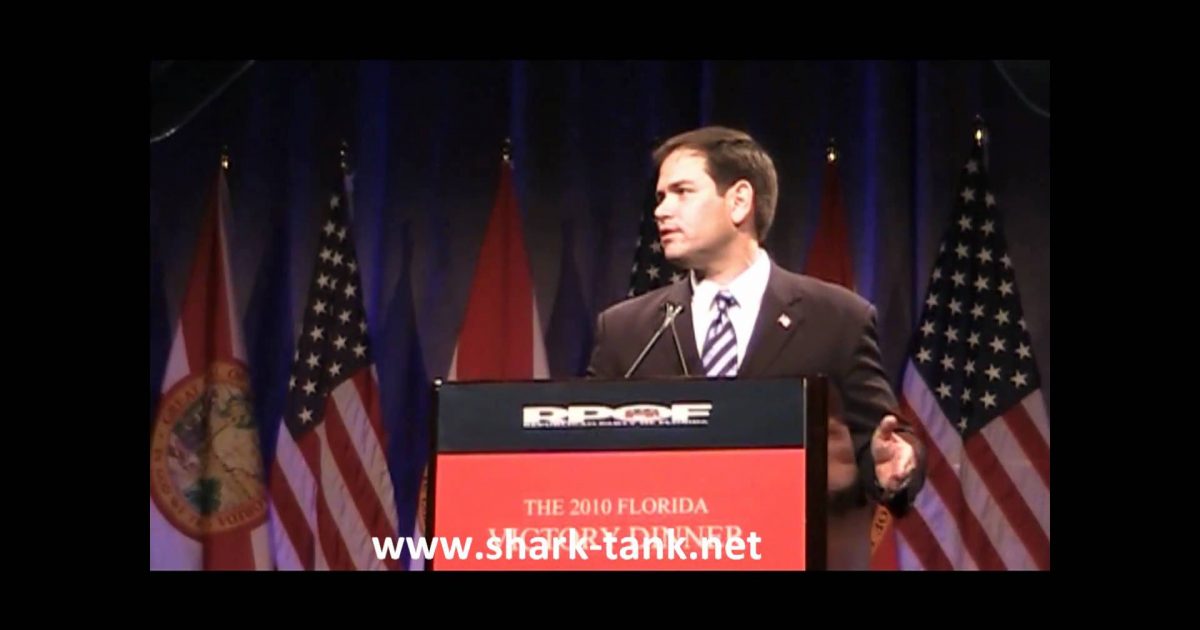 Rubio- Senate Race between “a Republican, a Democrat and an Opportunist” (VIDEO)

At the Republican Party of Florida (RPOF) Quarterly meeting in Orlando on Friday night, Senator George LeMieux introduced U.S. Senatorial candidate Marco Rubio, who spoke to the room of GOP activists and supporters about the importance of preserving the American exceptionalism that we as American have grown accustomed to believing in. During this address, Rubio found the perfect opportunity to get in a good  verbal jab against former Republican, now Independent, but really Democrat, Governor Charlie Crist.  Towards the end of his speech, Rubio fought back the tears as he spoke about his parents struggles in the U.S. since leaving Cuba, and about how we as a people do not appreciate things or people until they are gone.  Rubio’s emotions are understandably still fresh, as his father Mario passed away just last week in Miami.