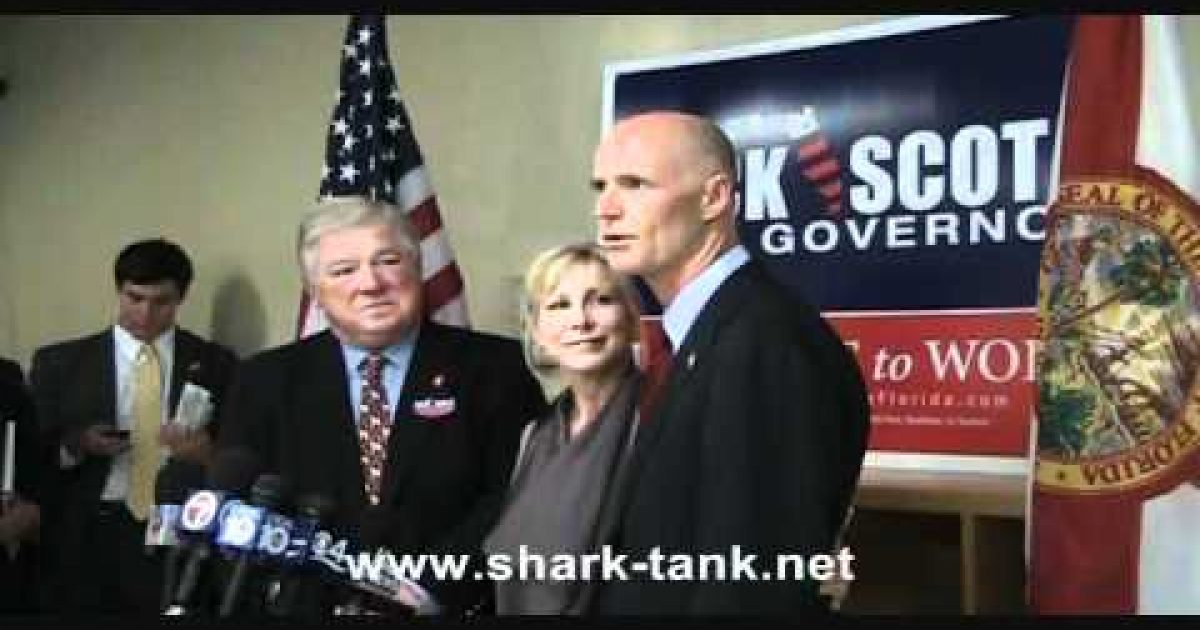 Appearing at a press conference in Sweetwater, FL along with Governor Haley Barbour of Mississippi, Republican Gubernatorial nominee Rick Scott predicted that his ideas for creating jobs were ideas that most Floridians will support, and he predicted a big victory for himself in November. Scott addressed the crowd of over 250 and stood side-by-side with his primary opponent’s supporters- a strong show of solidarity within the GOP.  Scott did not comment when asked who he would pick as his running mate for Lieutenant Governor as he faces a general election matchup against Alex Sink and the rest of the Obama Administration.  One rumor that is swirling around Miami-Dade County is that outgoing State Senator Rudy Garcia is on the short list of candidates for the Lt. Governor position.

If this rumor proves to be true, Garcia could be very problematic for Scott, since Garcia has been a long time supporter of  turncoat Governor Charlie Crist and stuck with Crist after Crist switched party’s. (Read more here-RPOF)

“Miami-Dade County Chairman, Elected to the Florida Senate for the 40th District in 2000, Member of the Florida House of Representatives from 1994-2002.” Read more here WMBB News 13. There is no love lost between passionate Republican Rubio supporters around the state, especially in Miami-Dade County- with politicos and voters who remain loyal to Governor Crist.  There are several who have already gone on record saying that they will not support Scott if he Garcia picks as his running mate. Many of these Crist loyalists have already been or will be purged from their respective GOP clubs for violating the Republican Party of Florida’s loyalty oath.  Senator Rudy Garcia would be a very bad choice for Lt. Governor by Mr. Scott.