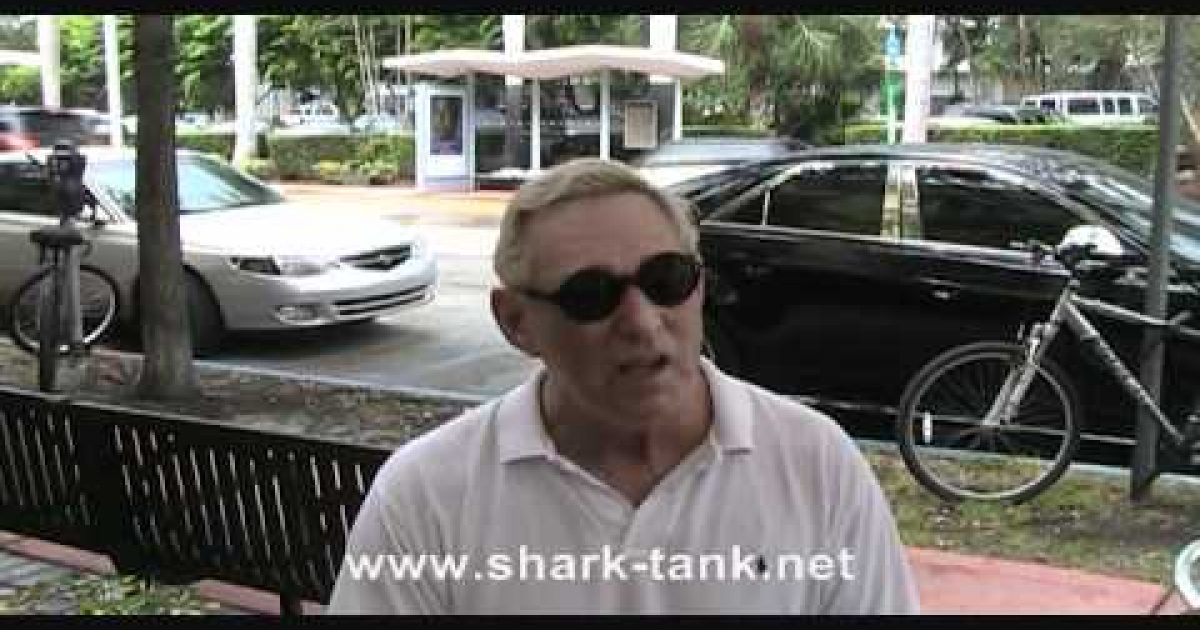 Nationally renowned know-it-all and political strategist extraordinaire Roger Stone took some time off form his busy Saturday to jump into the Shark Tank for a brief Q&A session with yours truly, El Sharko. I met up with Roger on Miami Beach and in typical Stone fashion, Roger walked up to our not-so-secret location wearing his trademark sunglasses and plaid shorts, a very relaxed look for Stoney.

Roger chimes in on the Rubio Senate race and how he feels that it is Rubio’s to lose. He then rips into Senator LeMieux for his purported involvement with Jim Greer and Charlie Crist-I am going to place my bet that Roger doesn’t like George so much. And lastly, Stone weighs in on the race to unseat his own Congresswoman, Debbie Wasserman-Schultz.  He had endorsed Karen Harrington in the Republican primary and feels that she can beat DWS in the coming general election.