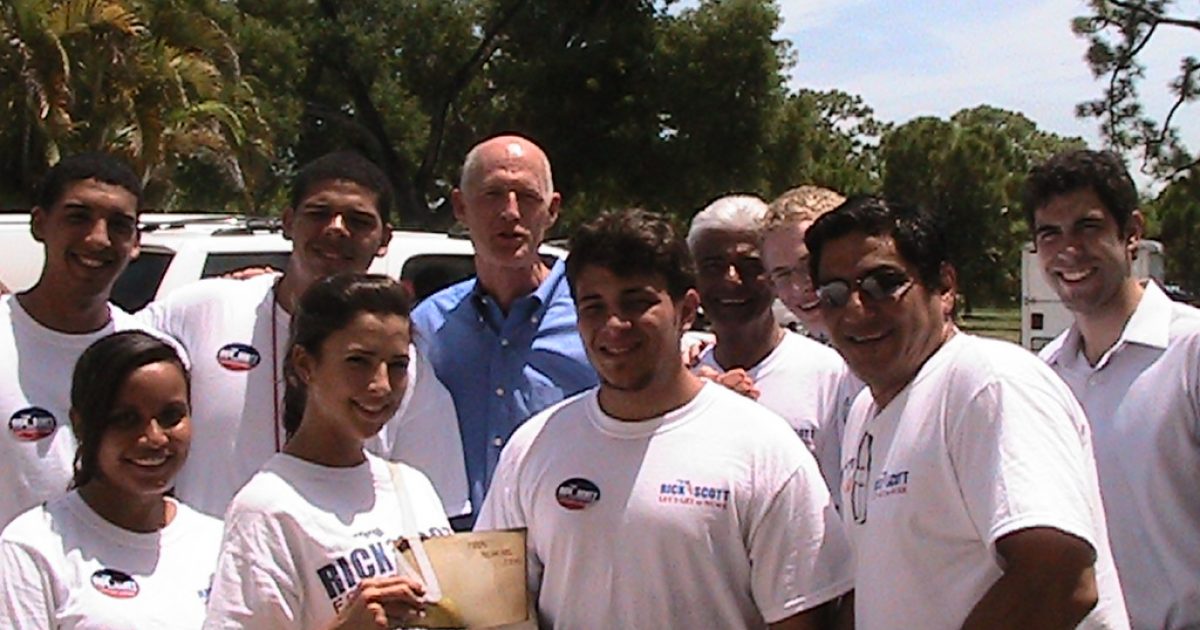 Rick Scott Visits Gunshow after ‘A’ Rating from the NRA (VIDEO)

Republican Gubernatorial candidate Rick Scott attended the Suncoast Gun Show in Fort Lauderdale this weekend to meet and greet with supporters as well as with the gun & ammo dealers in attendance. The NRA gave Rick Scott an ‘A’ rating, where as they gave his opponent in the primary race, Bill McCollum a ‘B’.  Both candidates received these good ratings but, and ‘A’ is an ‘A’ (see the grades here-NRA Grades).  This gubernatorial race is by far one of the most, if not the most contentious primary in the country.  Both sides have taken shots at each other and each side has boasted about their recent gains in conflicting opinion polls.  The last poll conducted was released this past Friday, and showed Scott up by 10 points. Here’s a roundup of the polls written by our friends at Politics Daily.