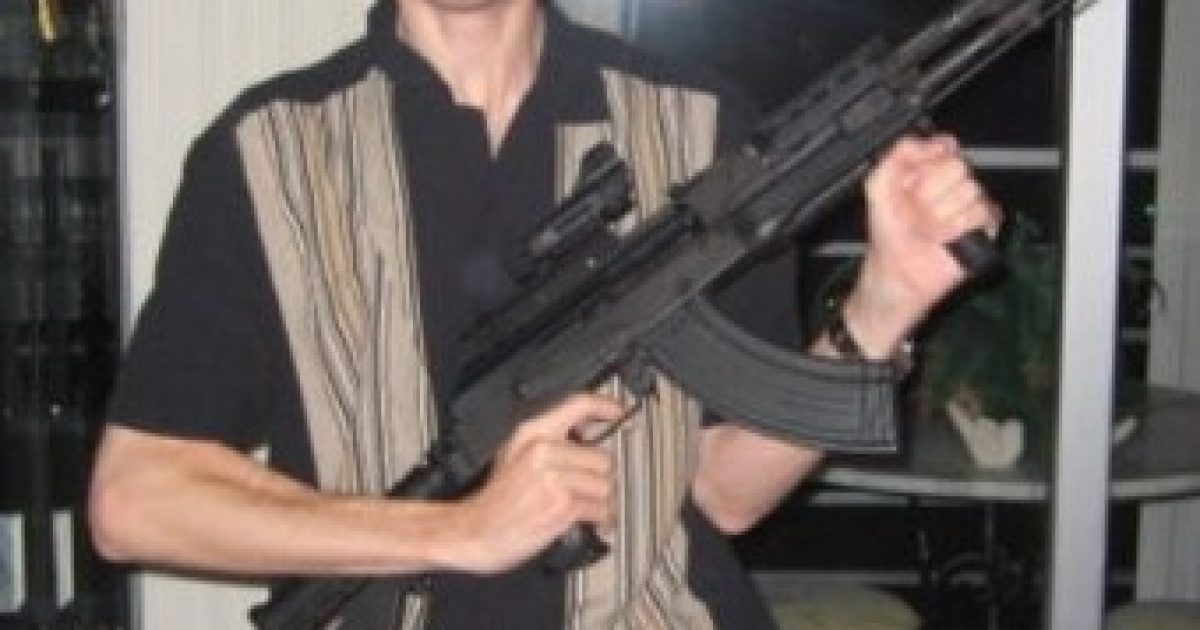 CD-20 Debate – And now, a word about our sponsors…

The much anticipated second debate between the GOP primary candidates in Congressional District 20 turned out to be less interesting an affair than the hijinks that were going on behind the scenes. Unfortunately, before the debate even began, the Stalinist tactics of the Broward GOP were already in play at the debate’s venue. The debate itself was co-sponsored by the Southwest Broward, Davie-Cooper City and the Greater Hollywood GOP clubs, different from the first debate was sponsored  by the Davie-Cooper City Republican club and the Southwest Broward Clubs.

The president of the Hollywood club, Broward Republican Executive Committee Treasurer and 2nd Amendment enthusiast, Richard ’Rambo’ DeNapoli, himself still a staunch Charlie Crist supporter, took it upon himself to change the points agreed upon by the candidates and the clubs as to how the event was going to proceed.

DeNapoli had been adamantly demanding to the other club’s officials and the candidates that he should be the moderator and that he would take the reigns of the debate.

First, DeNapoli brought on fellow Charlie Crist hold-outs/supporters, Broward YR president Sheela Venero, Gay Republican activist Nick Stone and the BREC Sargeant-at-arms, whose name I don’t know, as volunteers to help out with the festivities.  Several other members from the other clubs were also working the doors by greeting and signing attendees into the event.

The candidates and the clubs agreed to having cameras present and to allow for videotaping , but at the last hour, DeNapoli took it upon himself- without consulting with the other two club presidents-to ban all cameras from the event, only allowing for the candidates each to have a camera, whereas DeNapoli himself had two cameras for his own use and discretion, this according to Sheela Venero. Fortunately for everyone in attendance, when the two club presidents in question arrived at the event, they dropped the hammer on DeNapoli by voting 2-1 to allow cameras and videotaping throughout the event-majority rules.

These antics are just business as usual for the Broward GOP’s Charlie Crist ‘establishment’ guard.  Does DeNapoli understand the irony when he stands at the moderator podium with a sign affixed to it that reads, ‘GOP Unity’ and asks for party unity with straight face? Really?

When the debate finally got started, attendees were allowed to write-in their questions and drop them in 5 boxes labeled with issue topics. The moderator then pulled each question from the boxes which was then directed to the candidates, although the moderate reserved the right ask questions at his discretion, or as he called it “off the cuff”.  Oddly enough, toward the end of  the debate, only one question was brought up about character.  Character has been the topic de jour this election cycle in all the races from Governor’s race, Congress and U.S. Senate and has been expecially prevalent in this particular Congressional race in light of what has come out on Mr. Robert Lowry.(Tea Party Candidate Robert Lowry- Does He Have the Character for Congress? )

Needless to say, the questions were asked and answered.  All three candidates showed much improvement from the first debate and each made some very good points.  Donna Milo was steadfast and consistent; Robert Lowry demonstrated substance and passion- even though on a couple of occasions he came very close to unraveling like he did in the first debate (see Debate here). Harrington was more substantive and direct than her last debate, but she did make some mistakes in the delivery of her answers.  At one point, Harrington was unfairly booed by Lowry/DC Works for Us supporters when Harrington was asked a question about Medicare fraud-she answered it and began to defer to Lowry, but no sooner than she started answering, the Lowry bunch jumped the gun and booed her.  She then explained herself, and Lowry agreed with her point- much egg was flung at those out of line hecklers.

All three candidates represented themselves well, but I walked away with the impression that this debate was one big uneventful draw with no candidate clearly winning or getting in any memorable one liners or zingers. Here are some highlight videos: