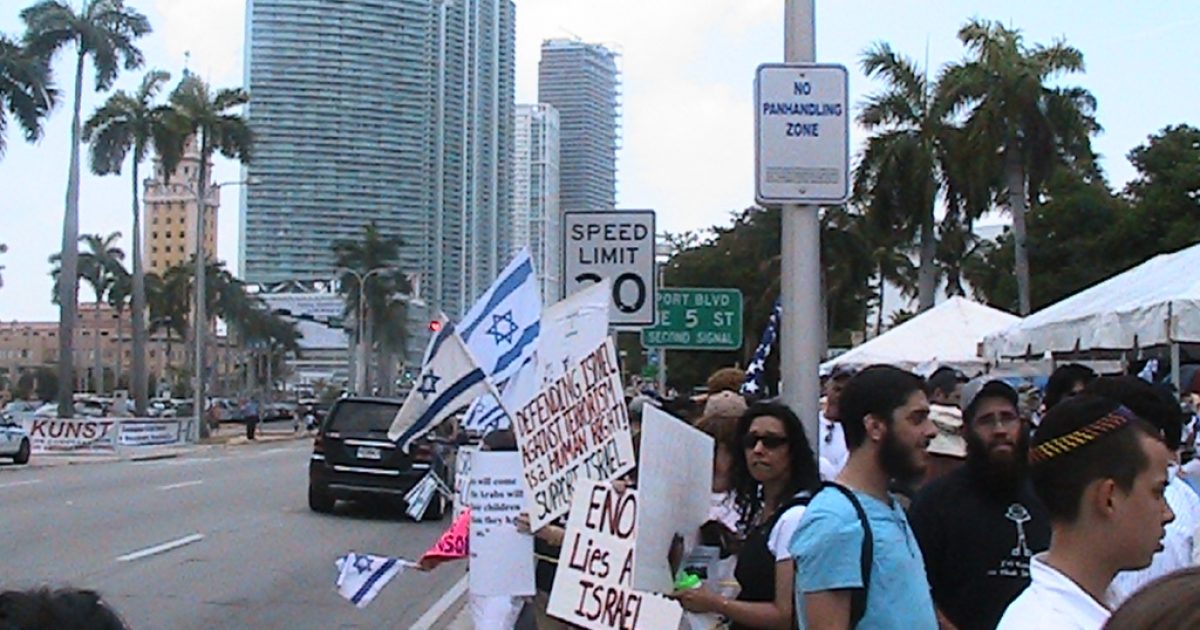 Hundreds of Pro-Israeli supporters set up camp at Bayside Market Place in Miami to show solidarity with Israel, a besieged country that has been getting hammered in the global media of late.   Israel has come under heavy criticism for authorizing IDF commandos to board a Gaza Strip bound flotilla of ships that were

en route to Gaza on a ‘humanitarian’ mission. Subsequent videos of the incident clearly show that weapons were confiscated during the raid of the ship, after the “humanitarian” ship’s passengers attacked the Israeli commandos, leading to the deaths of several of the passengers.

Without a doubt, there is a concerted effort between the Obama Administration and other countries around the world to put Israel in a negative light on Israel and cast them as the aggressors in the region. U.S. Senatorial candidate Marco Rubio is just one of the few who are punching back against the prevailing media template that portrays Israel as the provocateur, and he gave his thoughts to the Shark Tank about the incident: