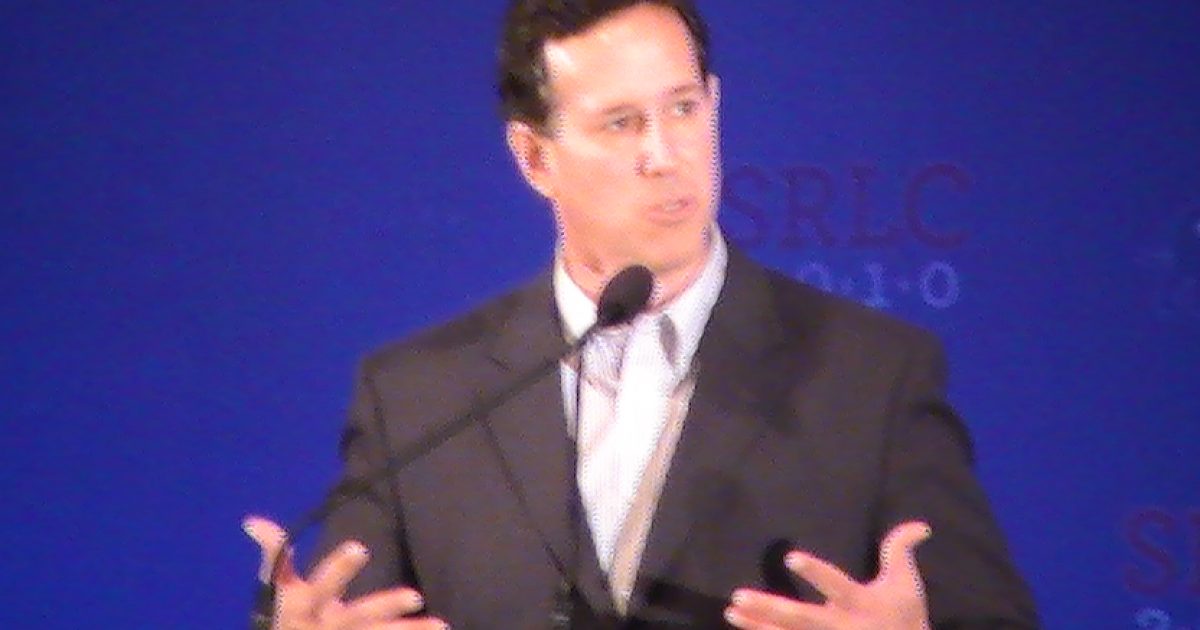 “I will certainly be endorsing Marco over Charlie…”- Rick Santorum

Could Former Senator Rick Santorum be the next politico to endorse Marco Rubio for the U.S. Senate?  It sure sounds like it.  Santorum is said to

be considering a run for President in 2012, but I have been told by a very reliable source that he is in fact ‘strongly’ considering the run.  If Santorum does come out for Rubio, he will join other conservative heavyweights such as Mitt Romney, Sen. Jim DeMint, Mike Huckabee and Sarah Palin-well, she did ask him to call her.  The Shark Tank would like to reiterate our earlier prediction- if Governor Charlie Crist either drops out of the Senate race or runs as an Independent or NPA,  Marco Rubio will receive a flood of Republican endorsements and support.