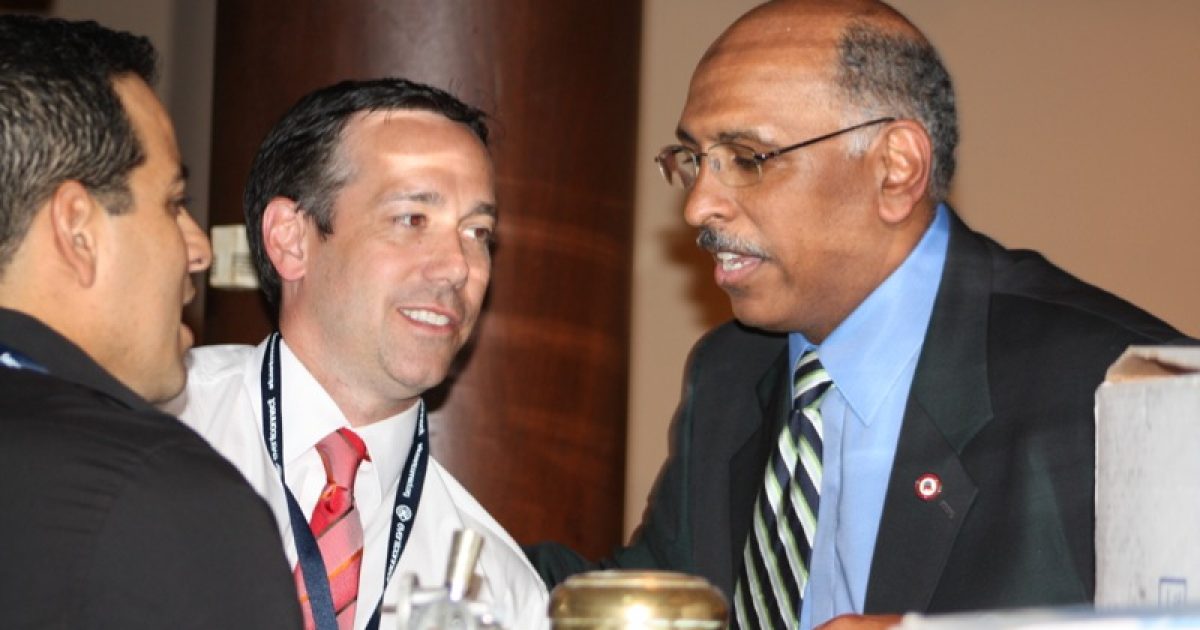 During the taping of the Hannity show at the 2010 SRLC in New Orleans, I bumped into my ol’ friend RNC Chairman Michael Steele. I first met

the Chairman back in January of 2009 when he came to Miami to visit and promote the RNC to friends and supporters. We spoke about several things including the Florida Congressional race in District 20 in which Brian Reilly(R) (pictured,center) is running  against Congresswoman Debbie Wasserman-Schultz.
The bulk of our conversation was spent discussing the upcoming U.S. Senate race in Florida between the Governor Charlie Crist and Conservative Republican Marco Rubio.  As was reported last year, Chairman Steele said that  he would not be getting involved in a contested primary race. However, with the recent speculation that Governor Crist may run as an Independent, I am wondering if the RNC is ready to make a move and get behind Rubio.

The NRSC, who has already lost a lot of credibility, may also be rethinking their endorsement of Governor Crist.  Senator John Cornyn(R-TX), who heads the committee, told me via a Facebook wall posting, ” May the best man win.”  This was a response my inquiry asking Cornyn as to whether he was going to retract the Crist endorsement.  While he did not explicitly do that, this statement is far from the the emphatic endorsment of last year.

To this day, the NRSC does not list Marco Rubio as one of the candidates in the Florida Senate race. When visiting the NRSC website, you will see that all of the Republican candidates from their respective states and races are listed. Again, all candidates are listed except for Marco Rubio in Florida.  The Florida page lists: Charlie Crist, of course,  Senator LeMieux; Senator Nelson and Democrat candidate Kendrick Meek.  The Democrat Kendrick Meek is listed for goodness sake!

Check out the NRSC website to see what I am talking about.