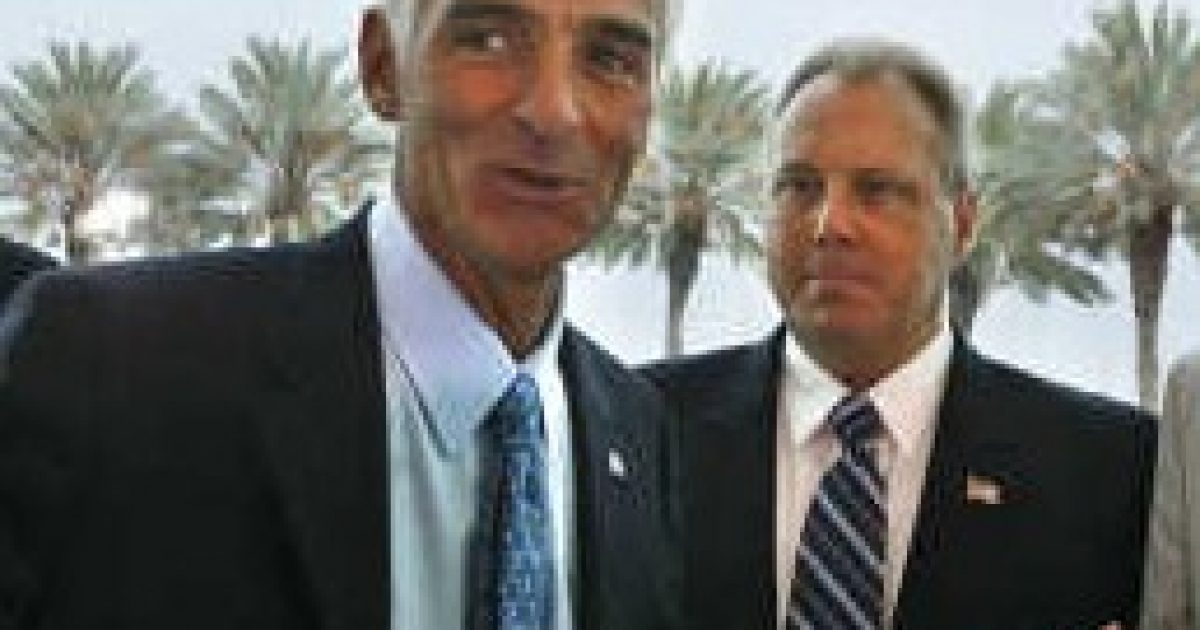 Well placed sources within the RPOF, as well as other well-informed confidants have disclosed to the Shark Tank the nature of some of the probable expenditures that were incurred by disgraced former RPOF Chairman Jim Greer and Governor Charlie Crist in the yet to be

released RPOF AMEX statements.To refresh your memories, it was several weeks ago that an unnamed source, probably from within the RPOF, intentionally leaked Senate candidate Marco Rubio’s RPOF AMEX statements from 2005-2008 to the media. It is near impossible to deny that this highly selective leak to the media of only one RPOF members’ AMEX statement was not politically motivated- a clear attempt to undermine the Rubio campaign rather than for the express purpose of the RPOF coming clean to the public to restore both its standing with Party members as well as with the broader public.

In light of the recent Miami Herald report that Charlie Crist’s gubernatorial campaign also used an RPOF AMEX, these disclosures from well placed sources should hasten the call for the RPOF to disclose its AMEX statements to the public. The Shark Tank recently conducted a poll which found that almost 90% of its respondents supported the full disclosure of the RPOF’s AMEX statements.

Requesting confidentiality, our sources tell us what some of the charges incurred on the RPOF AMEX were- charges that by any reasonable standard will be judged as inappropriate at best, and beyond outrageous at worst.  These charges will not reflect well on Governor Charlie Crist, former RPOF chairman Jim Greer, and Delmar Johnson.

The questionable charges on the RPOF AMEX include:

– Thousands of dollars spent on Charlie Crist’s wedding in December 2008 for flowers, airfare, and accommodations,

– Charges for numerous expenditures that took place during several Charlie Crist for Senate fundraising trips to locations outside Florida.  Jim Greer and Delmar Johnson were also in the same cities at the same time Crist held his fundraisers, and they collectively spent thousands of RPOF dollars on expensive dinners, high end hotels, and private jets,

– As has been previously reported, Delmar Johnson charged more than $1000 on the RPOF AMEX to fly Andrea Saul  to a Crist for Senate campaign meeting in Orlando. Subsequent to her flight, Saul was immediately named as Crist’s communications director for his Senate campaign.

However, absent the actual credit card statements, there is simply no way to confirm what exactly was charged to the RPOF AMEX card or the exact amount of these charges. The Shark Tank respectfully requests that the RPOF release ALL AMEX records of all current RPOF elected officials and candidates for office so the public can make its own judgment as to whose expenditures were justifiable, and whose were a waste of party monies on what were properly personal expenditures that were never reimbursed.