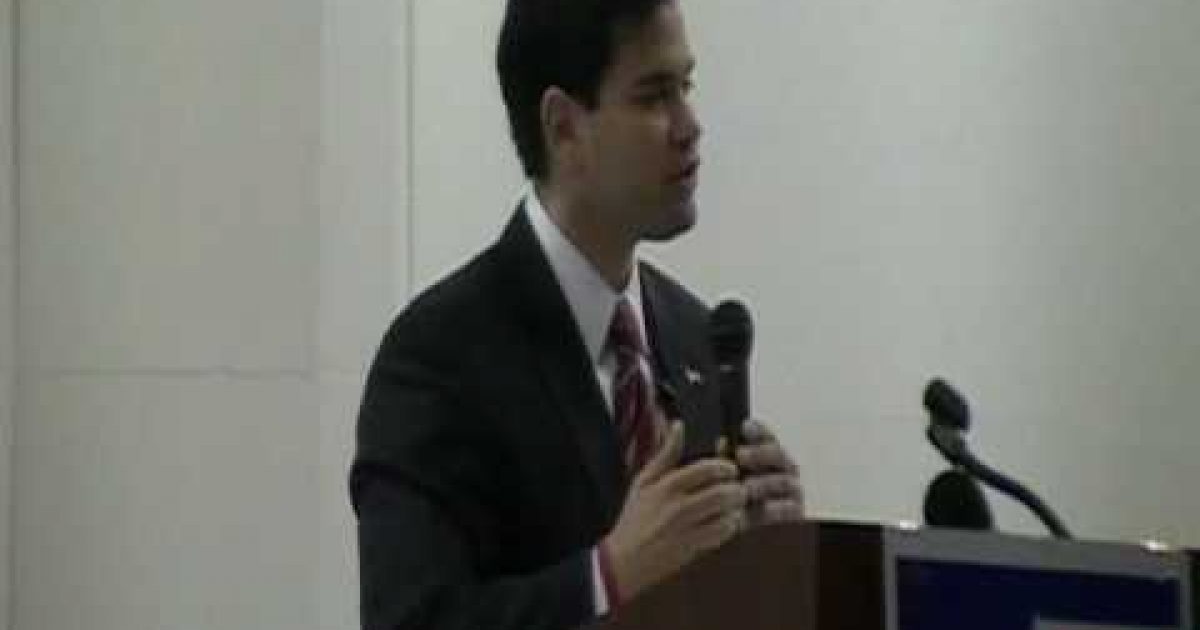 At today’s Florida Family Council forum in Miami, the war of words between Senatorial candidates Charlie Crist and Marco Rubio took center stage as they vyed for the support of the attendees at this morning’s event.

Preaching to the choir, Rubio spoke of preserving the sanctity of (all) life and went as far as he denounced Roe v. Wade, stating that the decision should be overturned. “Senators can’t change hearts. Only God can change hearts,” proclaimed Rubio.


Governor Crist rounded out the bunch by giving, in my opinion, one of the most gawd-awful addresses I think I have ever heard.   Governor Crist’s speech was basically a “Hi, I’m Charlie and this is my story’ speech.  Crist made it a point to tell everyone that he too has served the people. “I served people their water”, Crist said, referring to the days he waited on members as a ‘water boy’ at a country club.

I was able to catch up with Governor Crist outside the event where he was surrounded by press and supporters, including Broward Republican Executive Committee Political Consultant Richard DeNapoli (Center, in the Crist video).  I asked him for his thoughts about Congresswoman Debbie Wasserman-Schultz’s ridicule of both Rubio and the Republican Party of Florida yesterday. Congressman Wasserman-Schultz quickly came out and stuck her schnoz into an issue that doesn’t concern her- AMEX-gate, as Congressman Meek avoided any mention of the issue.

Nice of the good Governor to defend the Republican Party.(sarcasm)

The Meek campaign dodged me on this issue, but I was able to ask Rubio his thoughts about Wasserman-Schultz’s remarks.  ”She is a Democrat. This is an election year and she is going to attack Republicans,” Rubio said.